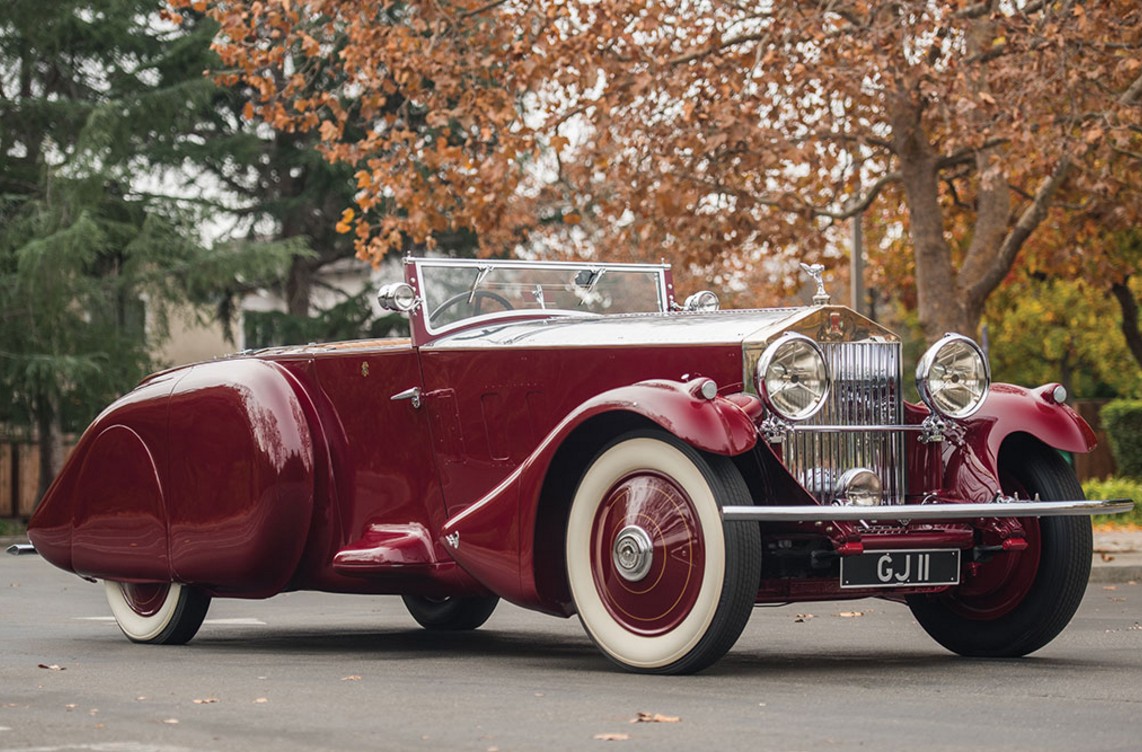 When you think of 1930s streamlined automobiles, you probably think of those Art Deco French beauties. Well here is an English example. It’s a Rolls-Royce Phantom II, which was produced between 1929 and 1936.

It is powered by a 120 horsepower 7.7-liter straight-six. Barker & Co. of London was one of the more common coachbuilders for Rolls-Royce. Most of their designs were relatively traditional – sedans and the like. But obviously not all of their designs were stodgy. This Torpedo Sports looks like something from the late 1930s, not the dawn of the decade.

Built for a man in New York (but never delivered), this car has windswept fenders, rear wheel covers, and the upper part of the rear decklid comes to a boattail-like point. The first owner isn’t actually known for sure (it is thought to be a Maharaja), but from the second owner on, the history of this car is known. The current owner bought it in the early 1990s and it has since been restored.

Only 1,402 Phantom IIs were built and this is the only one quite like this. It’s also one of the sportiest Phantom IIs, too. If you want to see more, click here. And find the rest of RM’s catalog here.