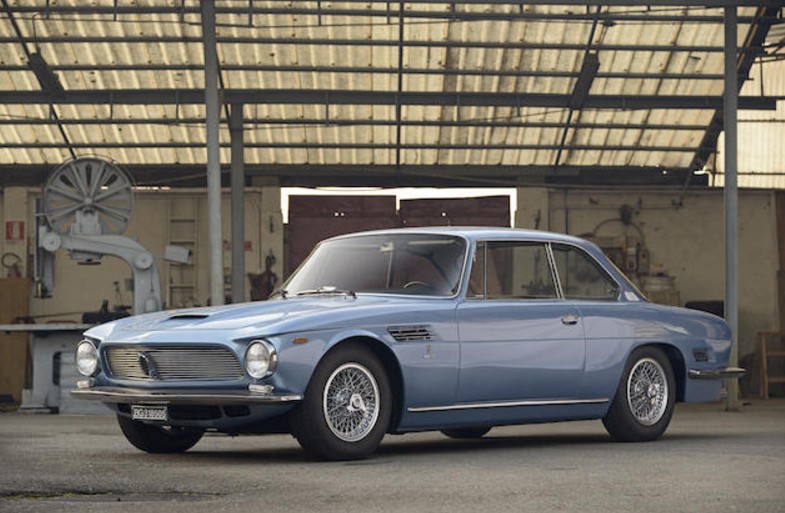 The Iso Rivolta is, obviously, a very good-looking coupe built by Iso between 1962 and 1970. The IR Coupe was offered in two forms, the 300 and the 340. It was the first car the company introduced after their famous Isetta, marking the move from microcars to powerful tourers, sports cars, and sedans.

The engine is a 5.4-liter V-8 from Chevrolet making 300 horsepower. Top speed is 135 mph. The styling was done at Bertone by Giorgetto Giugiaro and the chassis was was designed by Bizzarrini. It’s an Italian-American sedan. And a mean-looking one at that.

This car was restored two years ago and has spent its whole life in Italy. This was Iso’s best-selling model, with 797 built. This one should bring between $93,000-$140,000. Click here for more info and here for more from this sale.