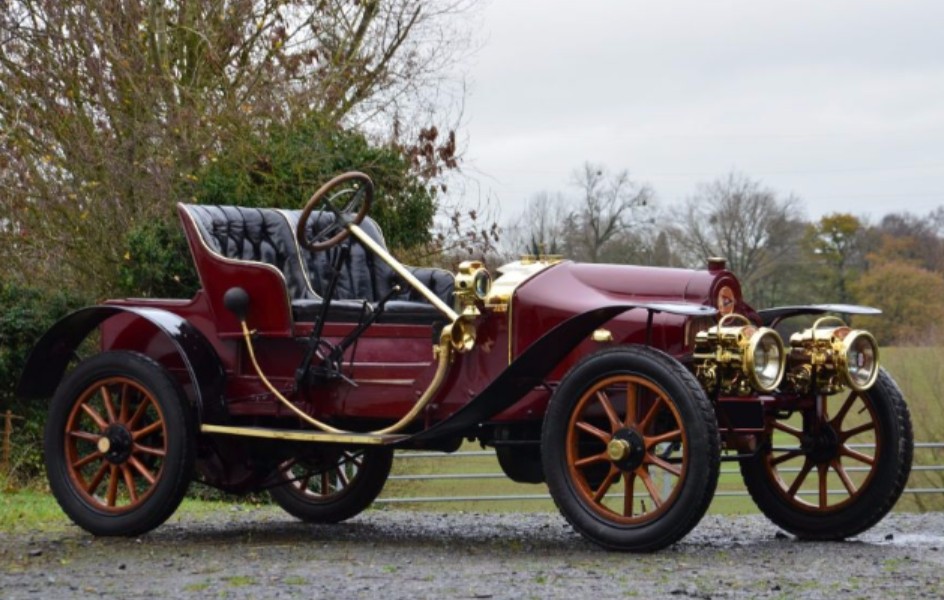 Sizaire-Naudin was a French marque that existed between 1903 and 1921. The Sizaire name lived on for a few years after 1921 in a few different forms. The company was founded by brothers Georges and Maurice Sizaire and their friend Louis Naudin in Courbevoie.

The car features unique styling at the front. The engine cover has a cyclops-like design to it and the eight horsepower single-cylinder engine resides beneath. Microcars aside, single-cylinder cars (especially of this size) went out of favor by about 1904. Still, this car is capable of 49 mph.

Sold new in Nice, the car is as it would’ve been when it was new and has been restored as needed over time, with major work being carried out in the 1980s and around 2000. It’s a rare marque and a fine example that should bring between $70,000-$90,000. Click here for more info and here for more from this sale.