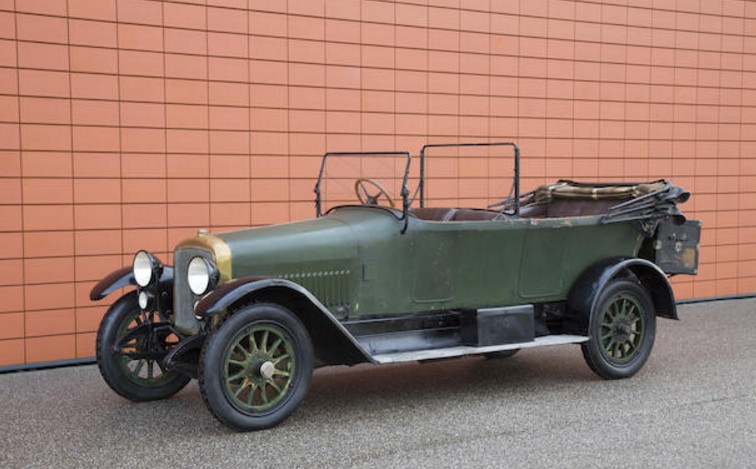 Adler was a German car and motorcycle manufacturer that really hit their stride in the 1930s with the small front-wheel-drive car they called the Trumpf. But the company started 30 years earlier built a bunch of other stuff along the way.

For example, in 1911 they introduced this, the 35/80HP that features a massive 9.1-liter straight-four engine making 80 horsepower. It was their largest car and one of the most expensive cars – or things – you could buy in Germany at that time. Top speed is 71 mph.

But WWI came trundling along and production ceased. Remarkably, in a four year span, it is believed that only four of these were made. Economies of scale need not apply. This is the only survivor of the model. It was used by the German military during the Great War and has spent many decades in a Swiss museum. All original and mostly unmolested, it should bring between $140,000-$170,000. Click here for more info and here for more from this sale.