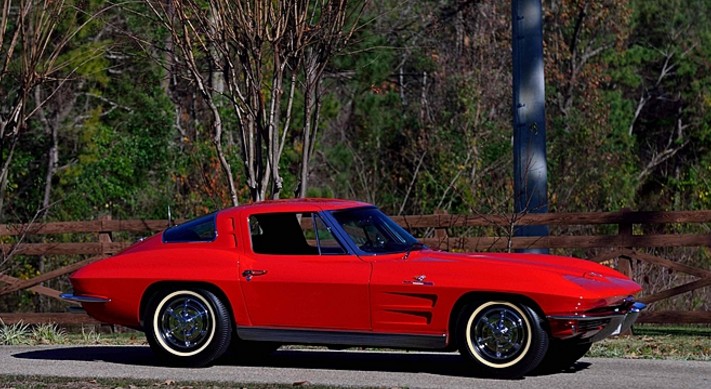 This car has a lot going for it. First of all, it’s a ’63 Corvette Coupe, meaning it carries the signature “split window” rear glass –  a one-year-only feature. Then we have the fact that it is a Z06. The modern Z06 was introduced in 2001 and is the Track Attack variant of the ‘Vette. But this was the first model to carry that letter and number combo.

In 1962, Zora Arkus-Duntov wanted to build a performance Corvette for sale after the factory ban on racing went into effect. So they created “RPO Z06” – a high-performance package that could be ordered. It included beefier brakes and suspension and could only be had with the 5.4-liter V-8 making 360 horsepower. It wasn’t cheap, adding over 40% of the base price onto the cost of the car.

Only 199 of them were built in 1963. This one features a nut and bolt restoration and is an award winner. It’s about a $250,000 car. Click here for more info and here for more from this sale.