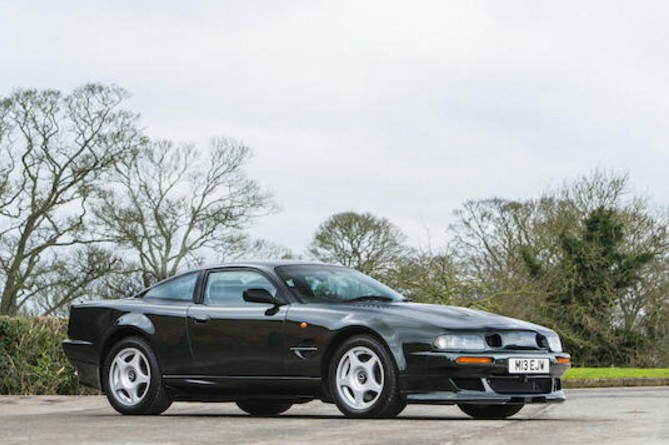 Here is a massively powerful Aston Martin that was never sold in America. Aston had a spotty export record through most of the 1990s, until Ford bought them and started shipping the DB7 stateside. They never bothered with this, as it was very low production.

This car is part of a line of cars that started in 1989 with the Virage coupe. The Vantage was introduced in 1993 and built in very limited numbers through 2000. Almost all were coupes (all but nine that is). The base Vantage came with 550 horsepower. The V600 was powered by the same 5.3-liter supercharged V-8 but instead of 550, it made a monstrous 604 horsepower. Top speed was reported to be 200 mph. It’s a legitimate supercar.

Only 40 Le Mans versions of the Vantage were built and it could be had in base or V600 form. Thirty of them were to V600 specification. This is one of the most powerful and intense cars Aston Martin has ever built and, as an example of this generation Vantage, is one of the last hand-built Newport Pagnell Astons before Ford’s economies of scale production took over. It should sell for between $470,000-$610,000. Click here for more info and here for more from this sale.