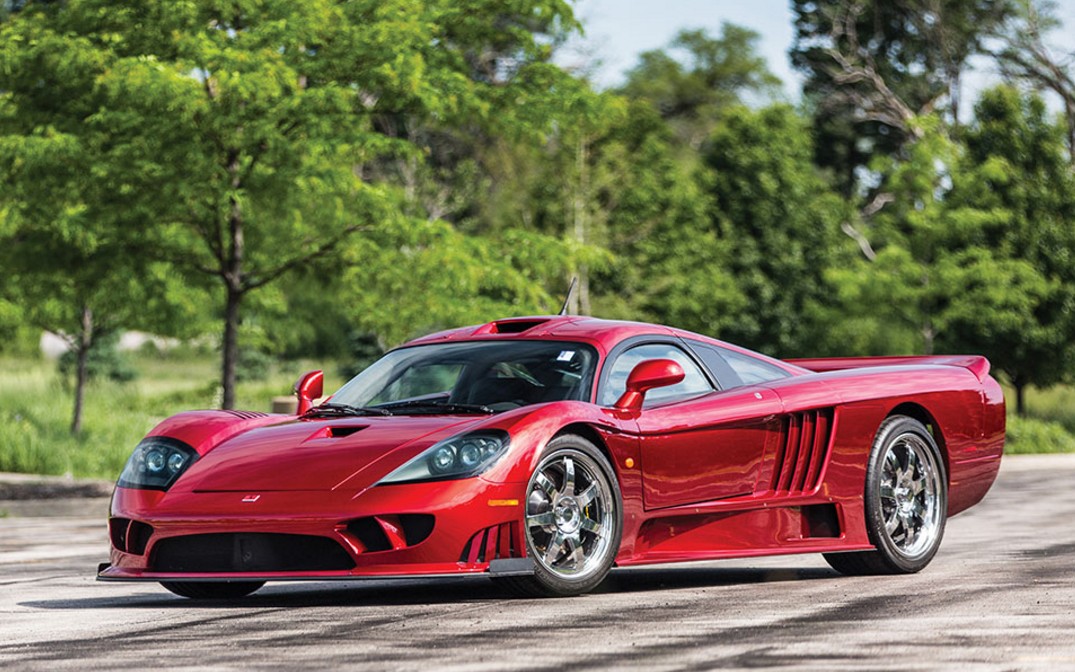 We’ve recently featured a Saleen S7 – the standard, naturally aspirated version of America’s most outlandish supercar. But what we have here is the more powerful version of Steve Saleen’s Irvine, California-built, gill-riddled, street-legal monster.

This car has only been driven about 300 miles since new. A recent service means it’s ready to add to that number, and rapidly. Only 13 Twin Turbo S7s were built in 2006 (and production fell off a cliff after this model year), making this is one of the final S7s built. It’s a true American supercar – and the best version of it. Click here for more info and here for more from RM.