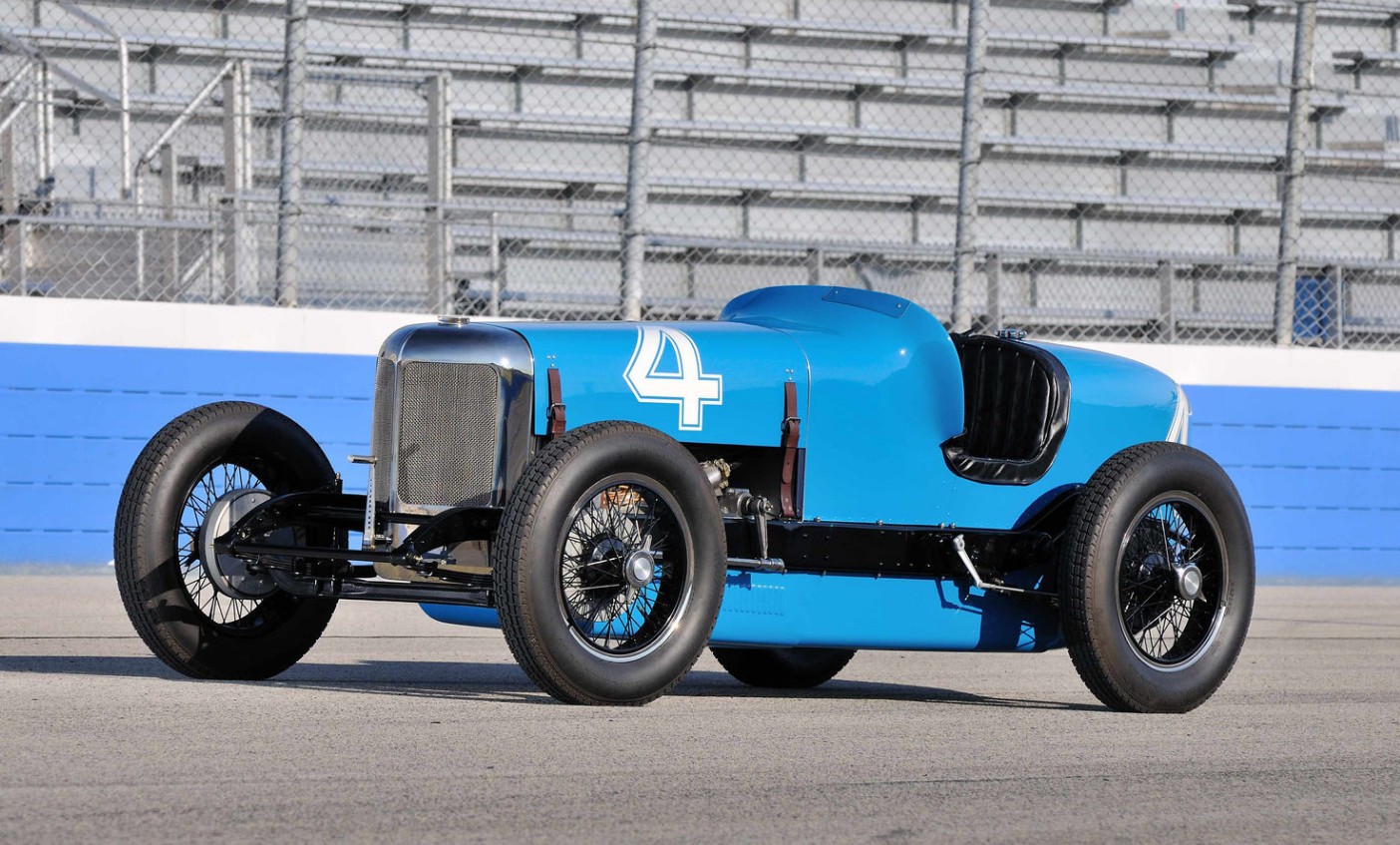 Russ Snowberger is a name that has been associated with the Indianapolis 500 since the 1920s. Snowberger was a very talented mechanic and engineer – but he was also a skilled driver. He competed in the Indy 500 15 times from 1928 through 1947. His best finish was 5th (twice) – one of those was in this very car.

Snowberger was interesting in that he built his own cars. Not very many drivers have entered a car at Indy with a chassis bearing their own name. Not even Louis or Gaston Chevrolet. All of the Snowberger chassis that competed in Indy were Studebaker powered. Except one. This one.

Hupmobile made a sponsorship deal with Snowberger to use a Hupp engine at Indy. This was the only Hupmobile-powered car to ever run the 500 as the company ran out of marketing dollars and Snowberger had to return the engine (which later made its way in a Bonneville land speed car). John Snowberger, Russ’ son, later acquired the engine and restored the “Hupp Comet” to as you see it today.

This is a rare chance to acquire a famous Indy 500 race car from one of the race’s early legends and owner/drivers. You can read more about it on Mecum’s site here and see more from this sale here.

1 thought on “The Hupp Comet”