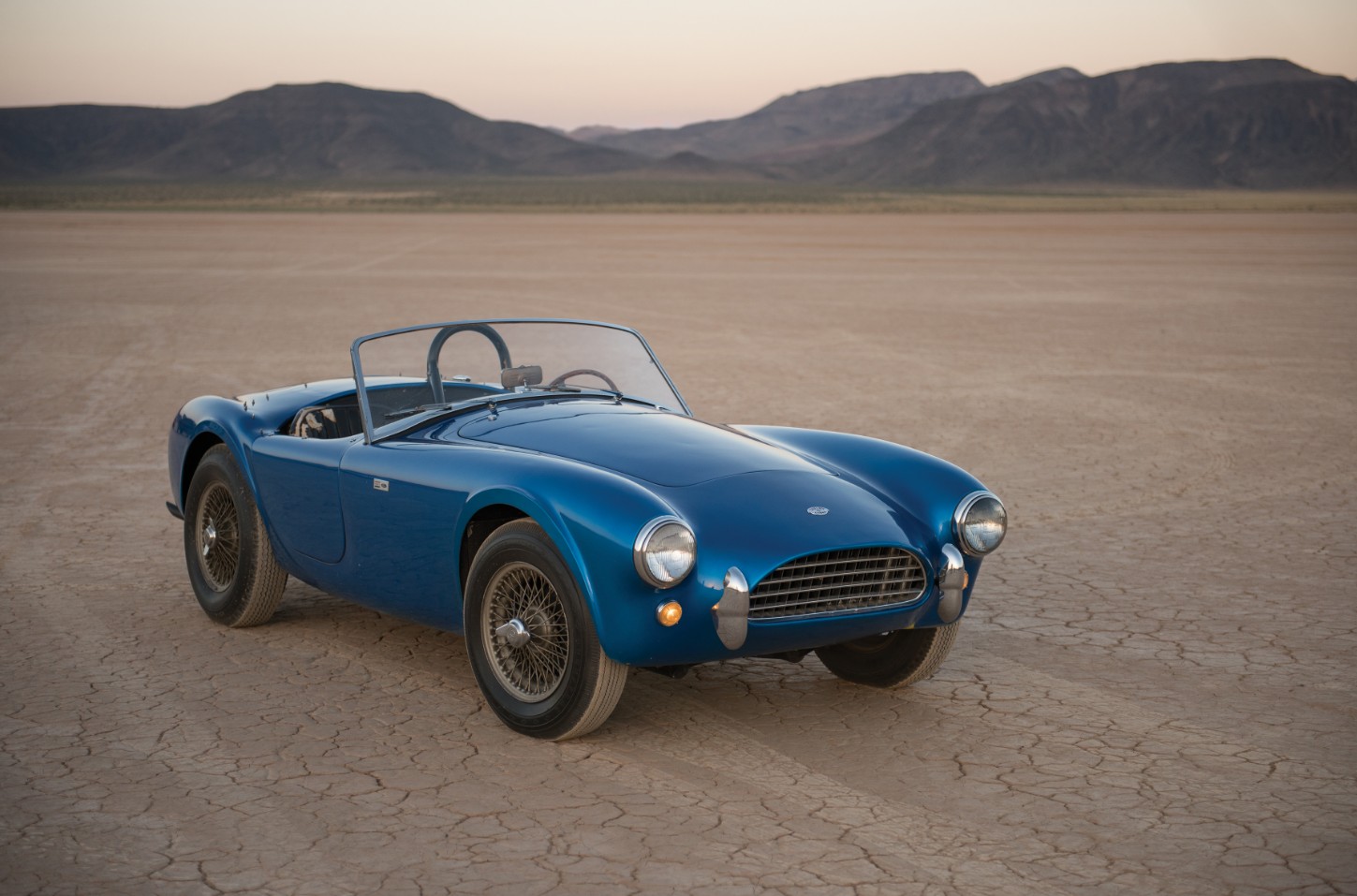 This is the very first Shelby Cobra built and it has been owned by Shelby since day one, which makes this an incredible opportunity to acquire one of the most important cars around. So here’s the story: in 1961, Carroll Shelby asked AC Cars of England if they would build him an AC Ace that could house a V-8 engine.

And, luckily for car people everywhere, they did. Shelby managed to source a V-8 from Ford, as Chevrolet wasn’t willing to play ball (something General Motors probably doesn’t want to dwell on all these years later). The engine was a 260 cubic inch (4.2 liter) V-8 from Ford that makes 260 horsepower. Shelby stuffed it in the front of this beautiful English roadster and the rest is history.

This car, CSX 2000, was used as a factory test car, demonstrator, and show car used to get people interested and sell some cars. Carroll Shelby, always the marketer, repainted the car between showings to make people think that production was well under way. It worked, even if a second Cobra wouldn’t be built for another seven months.

It is mostly original (other than the paint) and has been used on and off over the years and has been shown recently at Pebble Beach, among many, many other places. It’s as famous as Cobras come and is being offered from the Carroll Hall Shelby Trust. Only 75 Cobras were fitted with the 260 engine, but this is the one to have. In fact, of all Cobras, this is the one to have. The bidding will quickly shoot into the millions, but whoever comes out on top will have something truly special. Click here for more info and here for more from RM Sotheby’s.

1 thought on “The First Cobra”