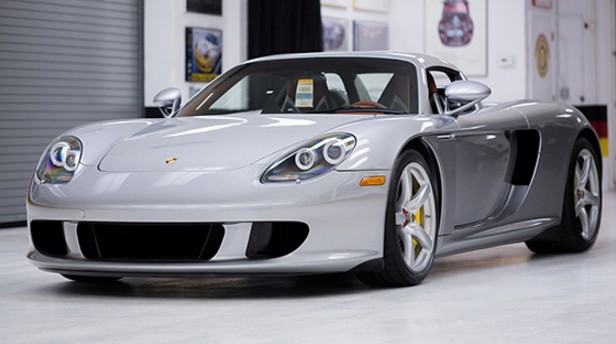 This car is powered by a 605 horsepower 5.7-liter V-10 engine – an odd choice for a Porsche automobile, a company that usually uses flat-style powerplants. Top speed is a supercar worthy 205 mph but even with that performance, these were built specifically for the street – no race variant was ever built. The Carrera GT was followed in the Porsche supercar line by the 918 Spyder.

Only 24 miles are on this car, making it, likely, the lowest-mileage Carrera GT in private hands. Delivered new to Ohio, it is still in delivery condition. It’s basically your last chance to buy a brand-new Carrera GT. It should sell for between $850,000-$950,000. Click here for more info and here for more from this sale.