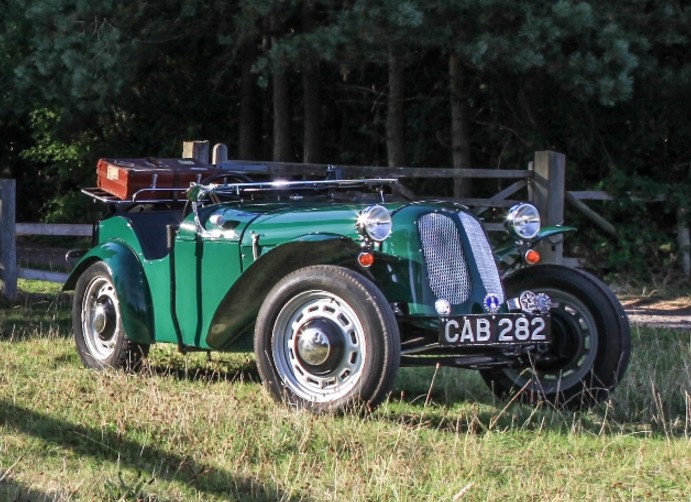 Dellow was a motorcar manufacturer from a city near Birmingham that was founded to make a very specific type of automobile by Ken Delingpole and Ron Lowe in 1949. Early cars were based on the Austin 7 chassis, but these were meant for Post-War off-road Trials racing, hence their decent ground clearance and rugged looks.

The car you see here is thought to be the third Dellow built – a true prototype. It sits on a chassis from a 1938 Austin 7 van – a longer wheelbase than the base 7. The engine is from a Ford and it’s a 1.2-liter straight-four. It led a life on the circuit – from hillclimbs, to road-racing, to off-road trials, racking up wins as it did. Some famous drivers got their starts driving Dellows up muddy English hills.

It’s been treated to a complete restoration and has become one of the best documented examples of the marque. The last Dellows were produced in 1959 and some people see it as the ancestor to the Lotus. The factory turned out only about 300 cars during its existence, making this a rare car today. It should bring between $19,500-$24,500. Click here for more info and here for more from this sale.