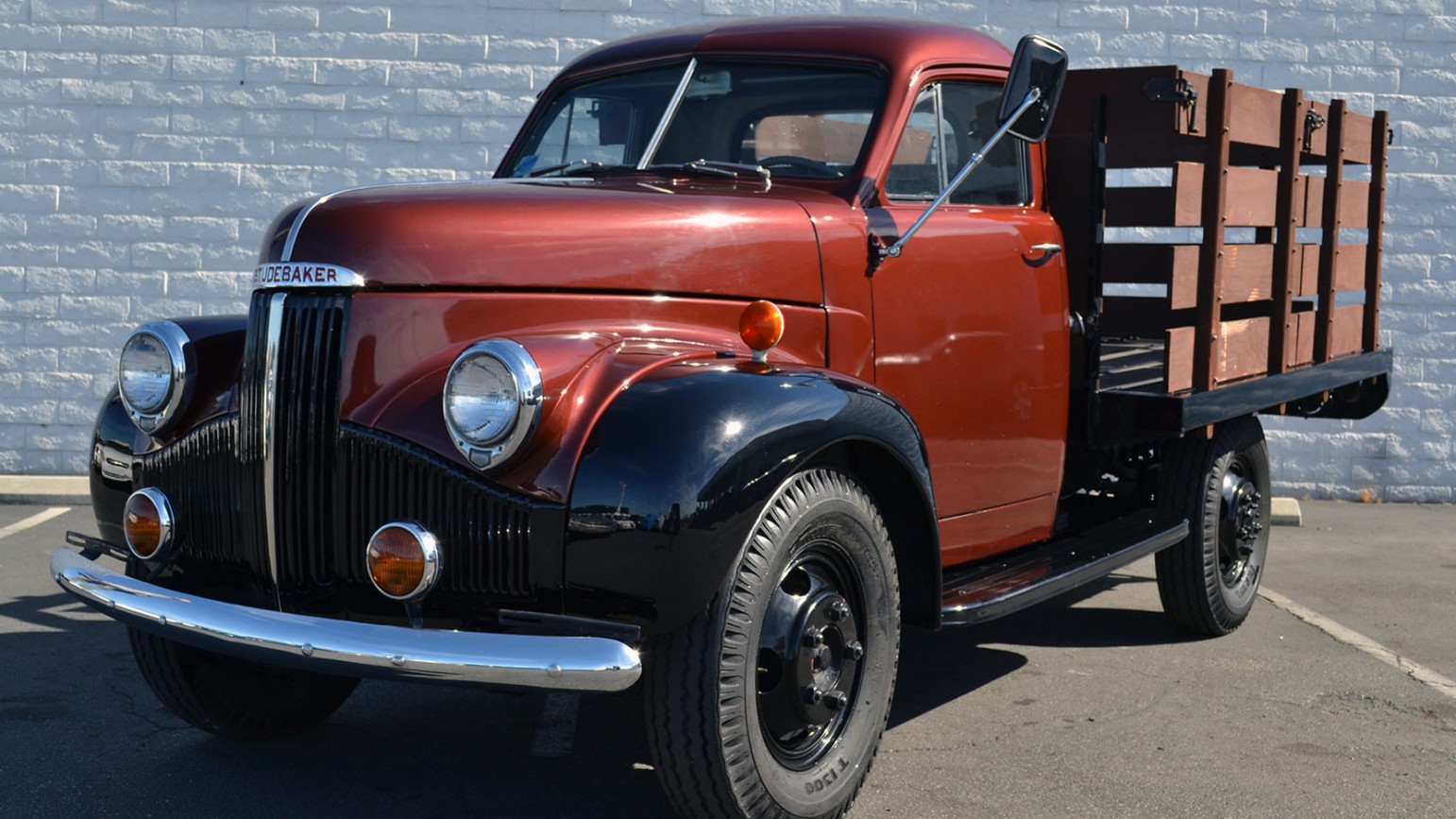 You’ll never see another truck like this in this shape. The odds are simply too low. First of all, it was built by Studebaker, so production numbers were much lower than its GM or Ford counterparts. As such, people who collect Studebakers as opposed to Fords or Chevys are a much rarer breed. Add to it that stake bed trucks were used and abused on farms across the country and you end up with a very small survival rate.

This one has been immaculately restored. The M Series line of trucks was introduced for the ill-fated 1941 model year and would resume, post war, in 1946 and run through 1948 (they were built in 1942 as well before the company switched to military production). The M15A was only available from the factory with a pickup bed and was the largest such model offered before you got into heavier truck territory. This was converted to its current look later on.

Power comes from an 80 horsepower 2.8-liter straight-six. The transmission is classified as a very old-truck-like “crashbox” four-speed. In 1947, Studebaker built 6,738 of these trucks and over 67,000 commercial vehicles in general that year alone. That number is larger than Studebaker’s entire pre-war commercial vehicle production total combined! We think this truck is awesome. Click here for more info and here for more from this sale.