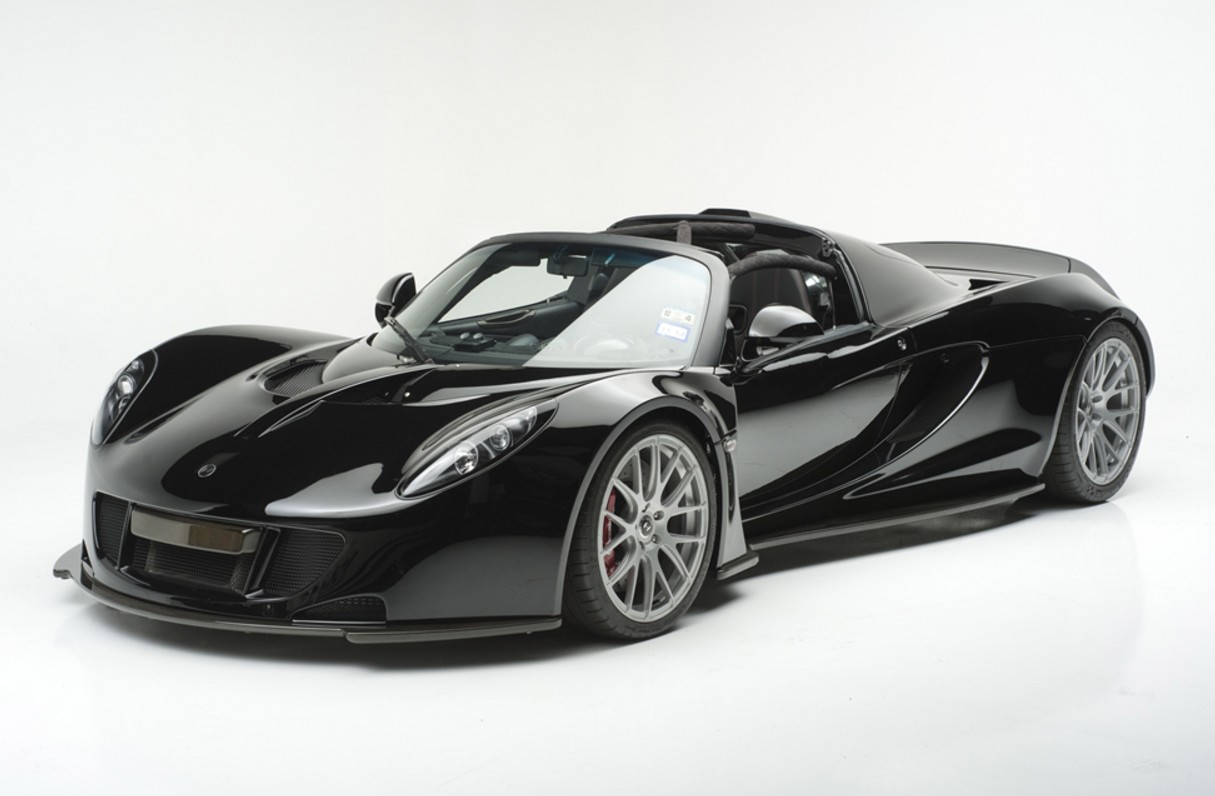 Supercar time! Hennessey Performance Engineering of Houston, Texas, has long been known as the premier tuner of Dodge Vipers. In 2011 they decided to start “building” cars under their own name. We say “building” because this thing looks an awful lot like a Lotus Exige, doesn’t it? That’s because Hennessey takes an Exige, stretches the chassis just long enough to shoehorn a V-8 behind the driver, and then calls it their own thing. Whether you buy that or not is up to you (we think it’s like taking a shortcut to creating a supercar). For the record, the DMV does not buy it and all of these are road-registered as Lotus Exiges.

But what you can’t ignore is what that means performance-wise. A 7.0-liter twin-turbo V-8 making 1,244 horsepower is enough to scoot anything to 200 mph. But Hennessey wanted to have the World’s Fastest Production Car. Unfortunately, Guinness says you have to build 30 examples to qualify as a “production car.” Hennessey has only built 16. Top speed for this open top variant is still an insane 265 mph. Sixty arrives in about 2.7 seconds. It’s pretty quick and is technically the fastest street-legal convertible ever built.

This car was built (and is currently owned by) Aerosmith’s Steven Tyler. He ordered a Venom GT but asked Hennessey to chop the top off, and thus the Spyder version was born. Hennessey said they would only build five such cars. No word on if they ever did. The original price here was about $1,250,000. This car is selling at no reserve and is being sold for charity, so expect an inflated hammer price. No matter what you’re take is one these “cheater supercars,” you have to admit they’re still pretty cool. Click here for more info and here for more from this sale.