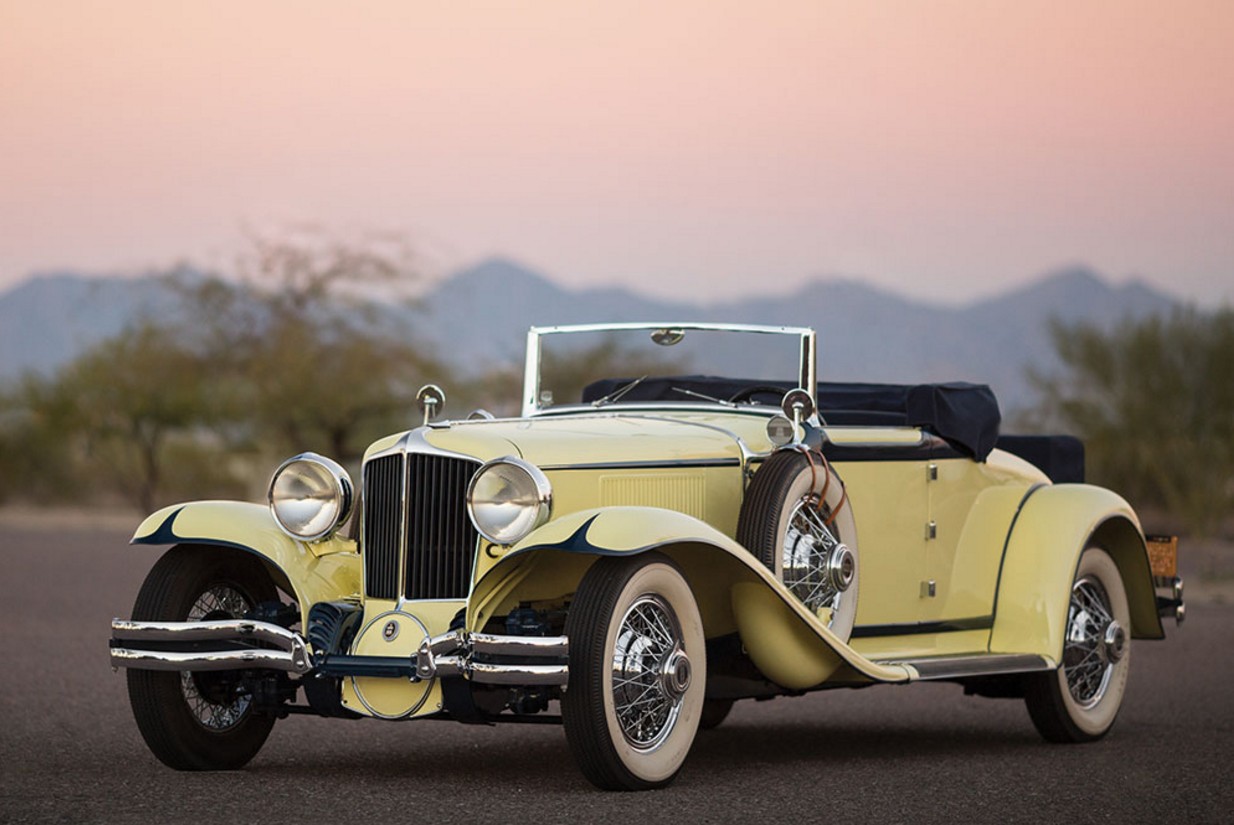 1929 was a great year of E.L. Cord – well, at least the start of it. His Cord Corporation owned the Auburn, Cord, and Duesenberg marques. And he took them all upmarket, selling some of the nicest automobiles America had yet known. But then the economy tanked and his little empire fizzled out.

The first Cord-branded automobile was the front-wheel drive L-29, the first mass-produced front-wheel drive passenger automobile sold in the U.S. They were powered by a 125 horsepower 5.3-liter straight-eight from an Auburn. It was definitely underpowered, seeing as it’s sister marque, Duesenberg, was using a 265 horsepower engine for their car. What it lacked for in speed (top end was about 80 mph), it made up for in gorgeous looks. The Cabriolet (in this color at that) is the best-looking factory L-29 variant. The only thing that could make it better would be the addition of those skinny Woodlite headlights.

Only about 20 L-29 Cabriolets were built out of a total L-29 production run of around 4,400 cars and this is thought to be the last Cabriolet built, as the L-29 was only in production between 1929 and 1932. This example was restored years ago, but it still looks nice and has been with its current owner in Arizona for the last 15 years. Click here for more info and here for more from this sale.