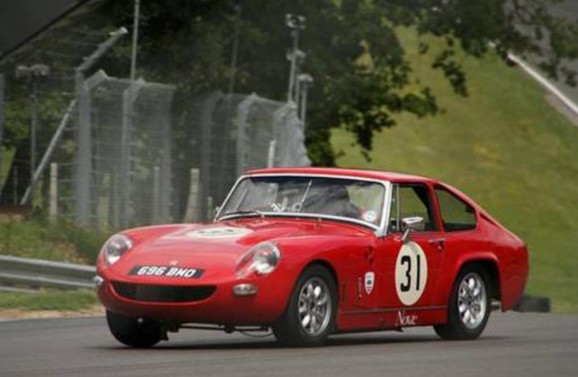 In 1967 Peter Rix joined Julian Booty’s Vintage Sports Car Garage and they changed the name to the Lenham Motor Company. Their first cars were based around the Austin-Healey Sprite. Racing cars and other models followed. Production ceased in 1982 but the company was revived later on and is still doing some work.

The Le Mans was a GT car based on the Sprite and the engine is likely a 1.3-liter straight-four making in the neighborhood of 65 horsepower (if this particular car is based on a Mk IV Sprite). The body is fiberglass and the car is fully race-prepped for vintage racing.

What makes this car interesting is that it was the final official Le Mans Coupe converted by Lenham. It’s a neat, rare little race car that would be a great way to get into historic racing and it should sell for between $24,500-$30,500. Click here for more info and here for more from this sale.