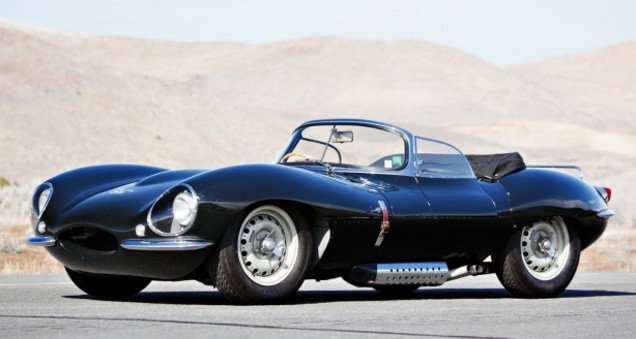 This is exciting. There are a few cars that we’ve never been able to feature on this site because, well, they just don’t trade hands often. Well now we get to cross one of the big ones off the list. A Jaguar XKSS hasn’t come up for public auction in quite a while. Last time one did, the market was markedly different.

The XKSS was Jaguar’s road-going variant of the legendary D-Type race car. What’s weird though, is that Jaguar built less road cars than racing cars. That’s because in 1956 Jaguar walked away from motorsport and still had 25 D-Types that they had yet to sell. So Sir William Lyons, the head of Jaguar during its golden years, realized he could make some serious money off of American buyers who were lusting after European sports cars.

With an as-new price of $6,900, Jaguar launched the roadster-only XKSS and planned to built 25 of them. But a fire broke out at the factory after only 16 had been completed. and that was it… until 2016 when Jaguar announced they would build, from scratch, the nine remaining cars to finally complete the 25 car run. While they will be exacting in their construction, the newer cars will never have the same appeal as the originals. This car features the correct 3.4-liter straight-six making 250 horsepower. Top speed is listed at 149 mph, with 60 arriving in 5.2 seconds – a time that is still respectable today.

Of the 16 built, 12 were sold new in the U.S. and some of them, this car included, saw track time in their day. It has known ownership history from new and has been in the possession of the consignor since 2000. The restoration is glorious.

It could be another decade before another XKSS comes up for sale, as most of them are locked away in long term collections. It’s a legendary road car – and one of the rarest and most sought after cars of any marque. It certainly tops the list of nearly every Jaguar collector as  the must-have Jag. Gooding and Company isn’t shy about what they think it will bring, slapping an estimate of $16,000,000-$18,000,000 on it. Click here for more info and here for more from this sale.