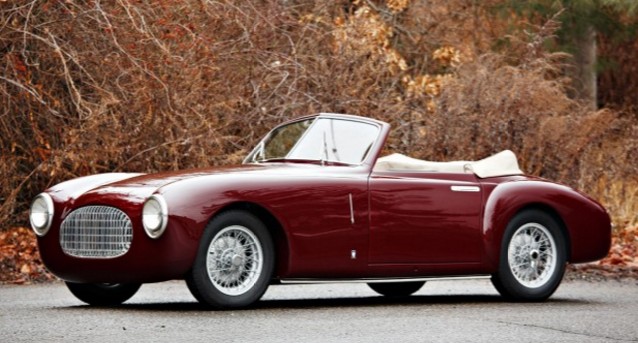 From 25 feet (or, you know, in photos), this Cisitalia might look like any number of postwar sports cars. But it’s coachbuilt – by Vignale, no less – and the details on this car are fantastic.

The 202 was Cisitalia’s main road car, introduced in 1947 and produced through 1952. There were some pretty exotic versions of it, including the CMM and the famed SMM Spider Nuvolari. It’s borderline blasphemous to call any Cisitalia “pedestrian” but I think the attractive yet subdued styling on this Cabriolet, coupled with the fact that it lacks any real racing pretensions, is what makes it special.

This car is powered by a 63 horsepower, 1.1-liter straight-four. Coupes came first, but the Cabriolet is rarer, with only about 60 built (of a total 202 production run of 170 cars). This example was discovered in Argentina before coming stateside in 2003. The restoration dates all the way back to 2016 and the chassis number is an early one. It is expected to bring between $525,000-$625,000. Click here for more info and here for the rest of Gooding’s Amelia Island lineup.