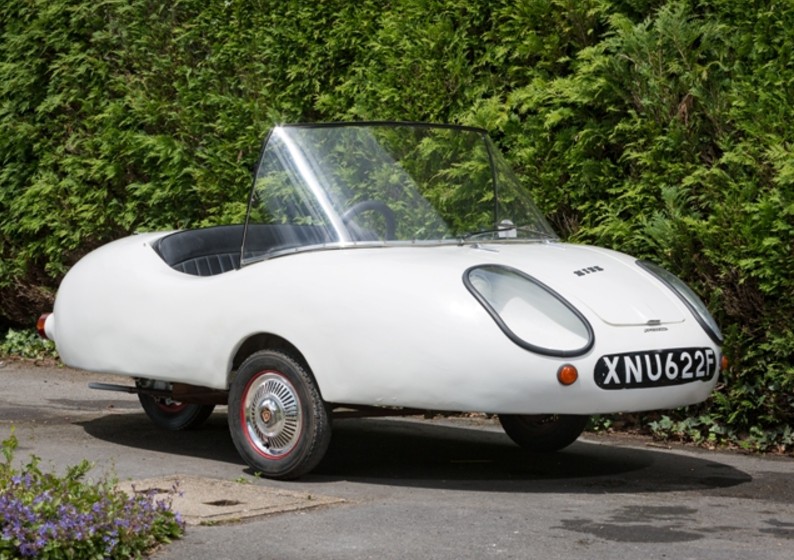 Primarily known for their scooters, Lambretta was a brand name owned by Innocenti. They operated out of Milan between 1947 (the height of scooter-mania in Italy) and 1972 (when both brands were sold to British Leyland – a death sentence).

Lambretta did try their hand at vehicles other than scooters, but their products apparently never progressed beyond three wheels. There were commercial vehicles, and this prototype microcar. This car was not built by the Lambretta factory but was constructed by the UK Lambretta importer. Production never began and this was the only example made.