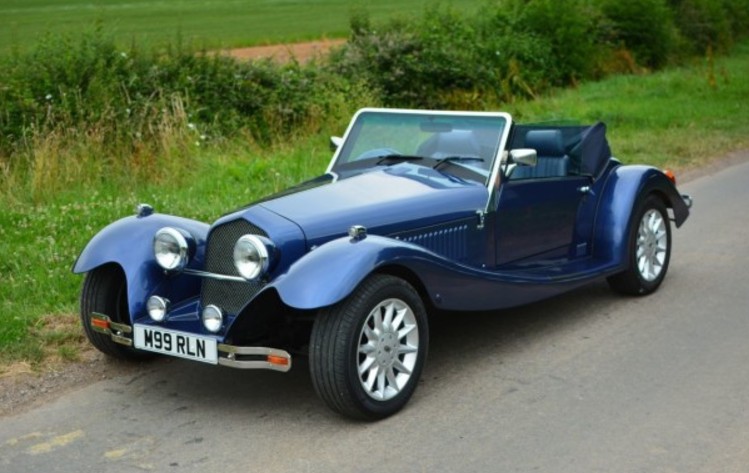 It might seem a little odd that we’d take a break from all of the crazy cars being offered in Monterey this year to feature this little roadster from England that most people would assume is a kit car. But we’re featuring it because it’s a one-of-one car with a lot of power. Marlin Sportscars was founded in 1979 by Paul Moorhouse and it still exists today.

For most of their history they’ve built cars that more or less resemble this, but the Makaira, which is a type of marlin fish, was built to be a little more powerful. The Marlin company website calls the Makaira an “audacious project” and maybe it was a little too ambitious: they stuffed a 4.6-liter TVR V-8 under the hood of this thing. Classic good looks, meet modern speed.

It was supposed to enter production but whoever was in charge of the company at that point in time died and this car’s destiny became that of a one-off. It’s got 4,800 miles on the odometer and is expected to bring between $27,000-$30,000. Click here for the rest of Brightwells’ lineup.