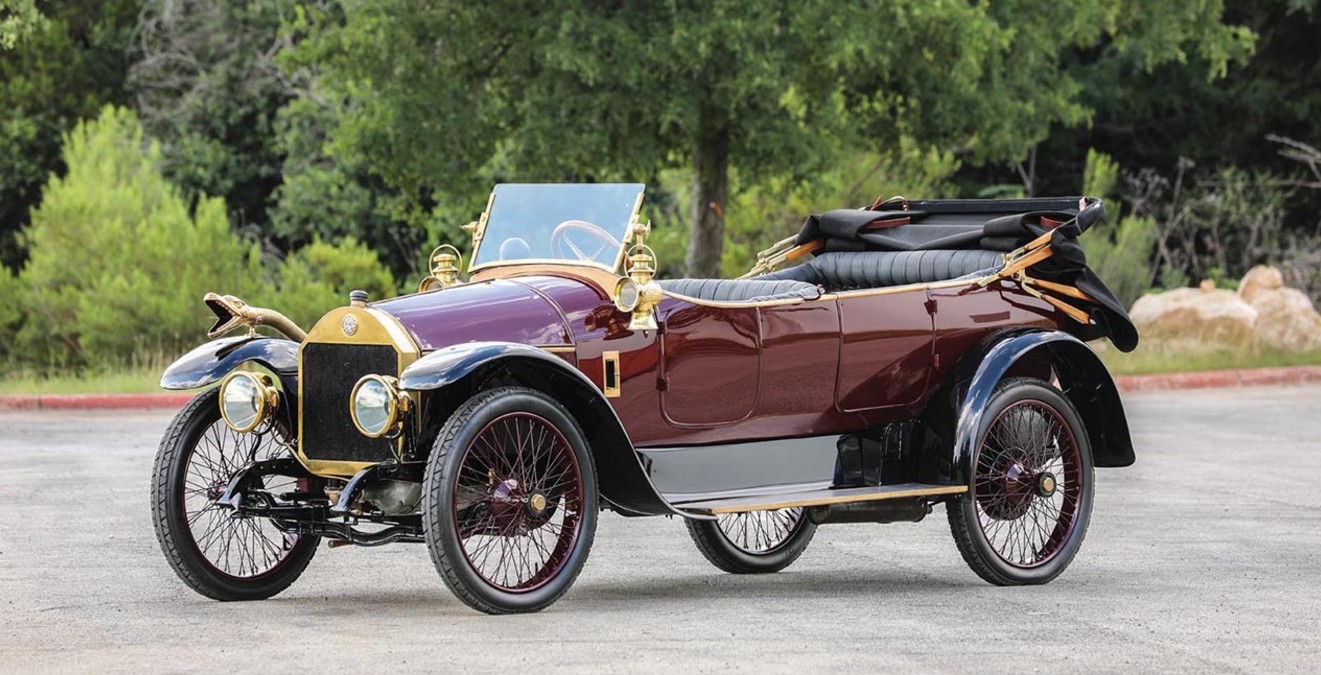 Do you think that when Karl Benz was born in 1844 he – or anyone else alive at the time – had any idea that he would be building attractive touring automobiles at some point in his life? The Benz 8/20HP was one of the more important models the company produced, as it sold well and helped keep them financially stable, especially considering the model was built between 1912 and 1921 – years interrupted by a particularly intrusive World War.

The 8/20 is powered by a 20 horsepower 2.0-liter straight-four. The body is good-looking and was built in Australia. There is enough brass here to really drive home the fact that it is indeed a Brass Era car. Of course, Benz would merge with Daimler’s Mercedes marque in 1926 to form Mercedes-Benz.

Supposedly, this car was one of three delivered to Australia in 1913 for a cross-continent endurance race. That race never happened (you know, the war and all). One of the cars was wrecked, another is now in the M-B museum in Stuttgart, and one is being sold by Worldwide Auctioneers in a few weeks (yes, this car). The restoration was completed last year and it is expected to bring between $175,000 and $225,000. Click here for more info and here for more from this sale.