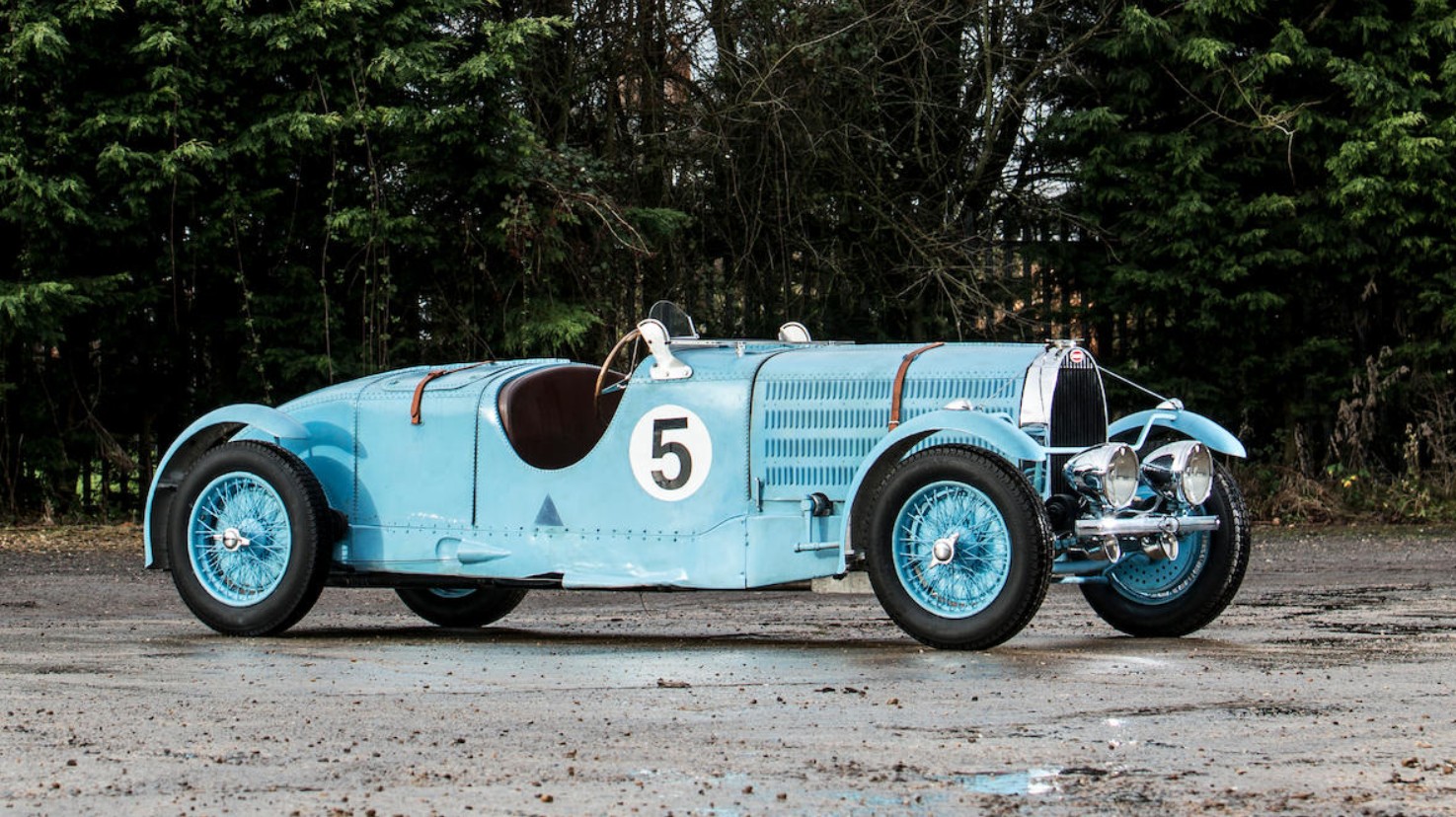 The Type 57 was sort of the ultimate Bugatti. Produced between 1934 and 1940, it would be the final model the company produced before shutting down due to the war and really, considering their brief attempted comeback after the war, the last true Bugatti production car.

There were some hotted-up versions of the Type 57 that came after this, including the Type 57T, 57C, 57S, and 57SC, but this is the original, the plain-old Type 57. It is powered by a 3.3-liter straight-eight engine making 135 horsepower, which was the same engine that Bugatti used in their Type 59 Grand Prix cars – so the racing heritage was present even if most Type 57s were not destined for the track.

This car, however, did see track use – and has for most of its life. When new, it competed in the Ulster Tourist Trophy race in the U.K. The next owner DNF’d the car at the 1936 24 Hours of Spa. By 1939 the car was in Australia, where it would spend the next 75+ years. The car had been modified over time but the consignor, who bought the car in the 1970s, spent until 2010 restoring the car to its 1935 specification.

Only 630 examples of the Type 57 were built and this one has pretty decent race history (with Earl Howe and Pierre Levegh at the wheel no less). It should bring between $950,000-$1,600,000. Click here for more info and here for more from this sale.