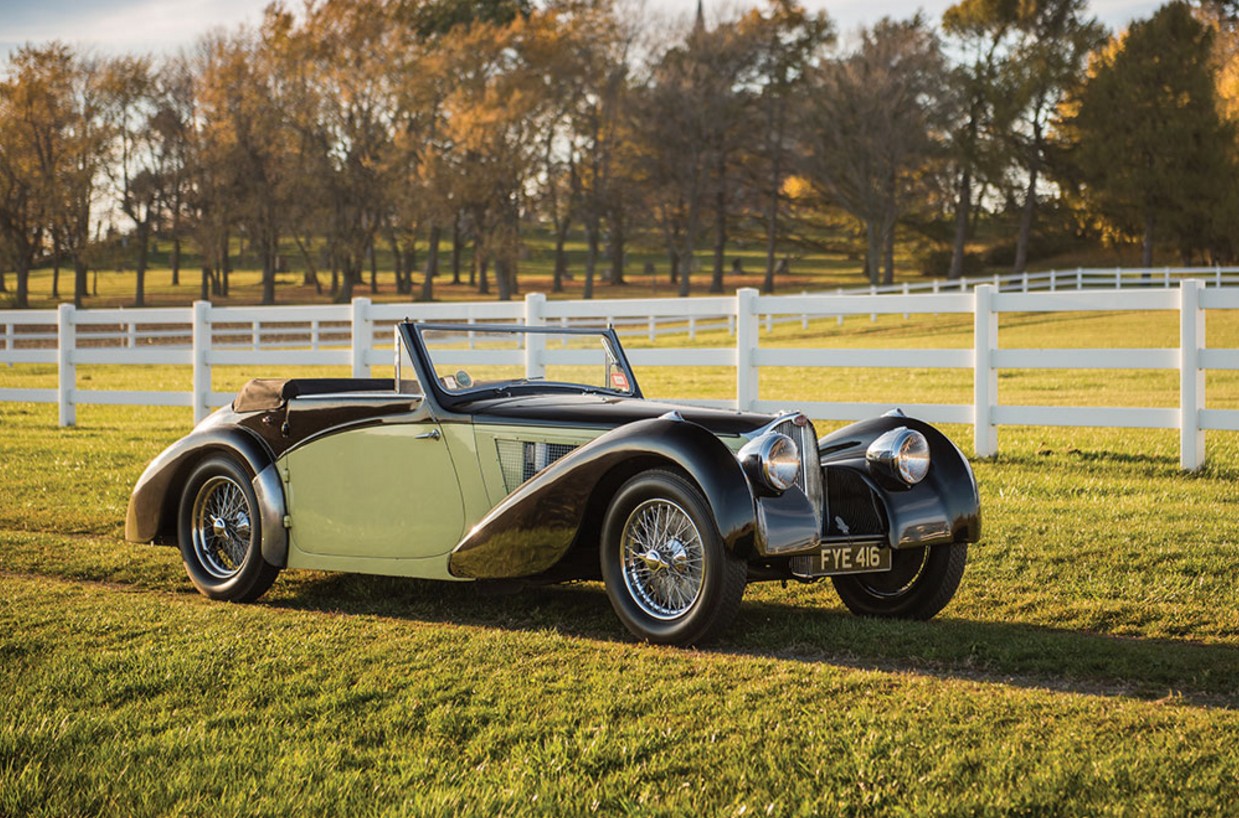 Some of the highest-dollar Bugattis come from the Type 57 family of cars that was produced by the firm between 1934 and 1940. In 1936 they introduced a few updated versions of the model, among them the Type 57S – a lowered variant that gave the car a sportier stance.

It’s powered by a 3.3-liter straight-eight making 170 horsepower. The 57S was successful on the European racing circuit and about half of the cars were bodied by the factory. There were 22 chassis that were unsold by mid-1938, when the 57S was killed off. Most of these ended up in coachbuilders’ hands and this car is one of four Vanvooren Cabriolets built in Paris (three of which are known to still exist).

This car has known ownership history since new and was on long term display. RM has brought the car back to being a runner and driver, but it’s not quite ready for long distance trips. Only 42 Type 57S chassis were built and this is, again, one of just three Vanvooren Cabriolets remaining. It’s a matching-numbers, unrestored car (though it has had certain mechanical elements rebuilt for functional purposes). It’s fantastic. Click here for more info and here for more from RM in Amelia Island.