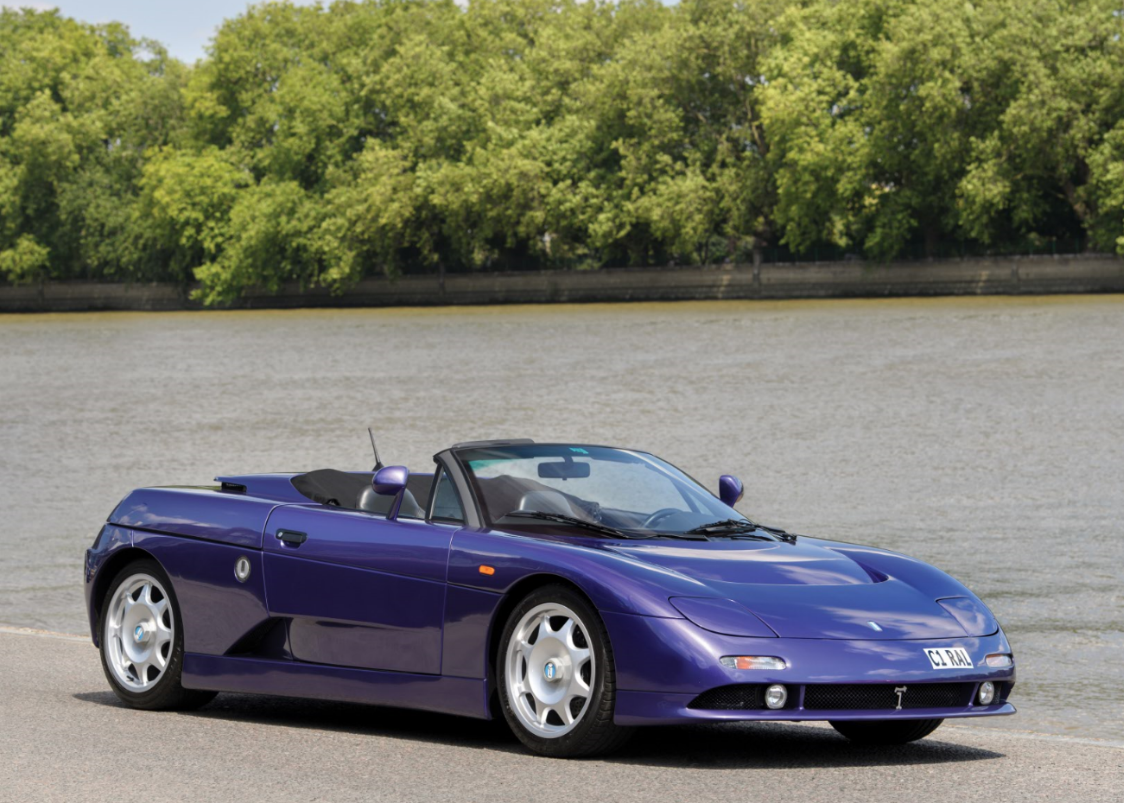 De Tomaso is best remembered for the Pantera, which was available from 1971 through 1993 (or, “an eternity”). But they produced other models as well, including the mighty Mangusta and exotic Vallelunga. When the Pantera went out of production in 1993, it was pretty out-of-date, technology-wise.

So when Alejandro De Tomaso introduced this, the Guara, at the 1993 Geneva Auto Show, it should’ve taken people by surprise that this small Italian company was entering the modern era with something that looked… well, modern.

It sits on a Maserati chassis and uses a modified 4.0-liter BMW V8 that made 279 horsepower. The body is made of fiberglass, Kevlar, and other composites, keeping it relatively light. De Tomaso is no more, but they managed to build 50 Guaras, and only four of those were Spyders. This one-owner example in an awesome shade of purple should sell at RM Sotheby’s in London. Click here for more info and here for more from this sale.