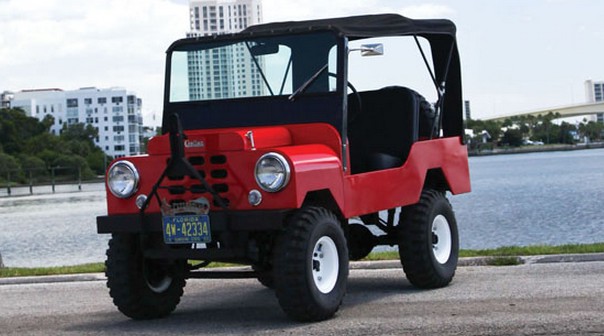 Powell Crosley’s little automobiles ceased production after the 1952 model year. But the engines his cars’ used – as well as the design of the Crosley Farm-O-Road – wouldn’t be lost forever.

W.B. Crofton was a GMC dealer and owner of the Crofton Marine Engine Company in San Diego and he went into the car business himself in 1958. The Bug was built between 1959 and 1961. It used a similar mini-Jeep style to that of the Farm-O-Road in addition to a slightly modified 35 horsepower version of the Crosley 721cc straight-four.

Only 200 Bugs were produced in total and they’re very rare today, although they seem to pop up here and there. The Brawny Bug was the off-road version that had flotation tires on it and this example is so equipped. It’s a fun, simple off-roader and it can be yours for between $25,000-$30,000. Click here for more info and here for more from this sale.