Anyone with any degree of mechanical knowledge could’ve opened an automobile company before 1910. In this case, J.B. Bartholomew of Peoria, Illinois, made peanut and coffee roasters before building his first car in 1901. In 1903 the Glidemobile went into production, and the name was shortened the following year to just Glide.

The 1910 Glide model range consisted of the Model 45 which was powered by a 45 horsepower 5.8-liter inline-four. Three factory body styles were offered, a three-passenger roadster, the five-passenger Scout touring, and a seven-passenger Special touring. This is the middle car, which cost $2,500 when new.

It is a larger car than the photos would have you and it is one of only a few Glides known to exist. Formerly a part of the Imperial Palace collection, it is the first car we are featuring from the now-closed Tupelo Automobile Museum. It should sell for between $38,000-$53,000. Click here for more info and here for more from this sale. 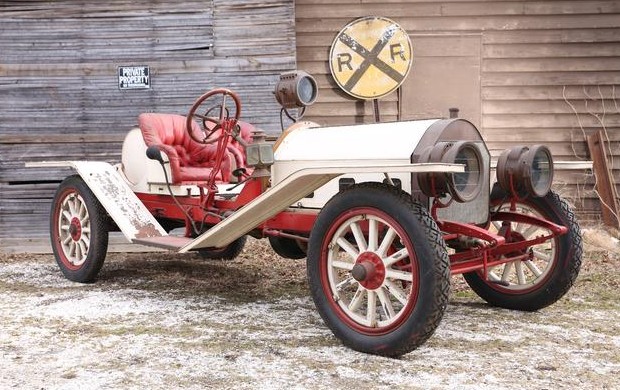