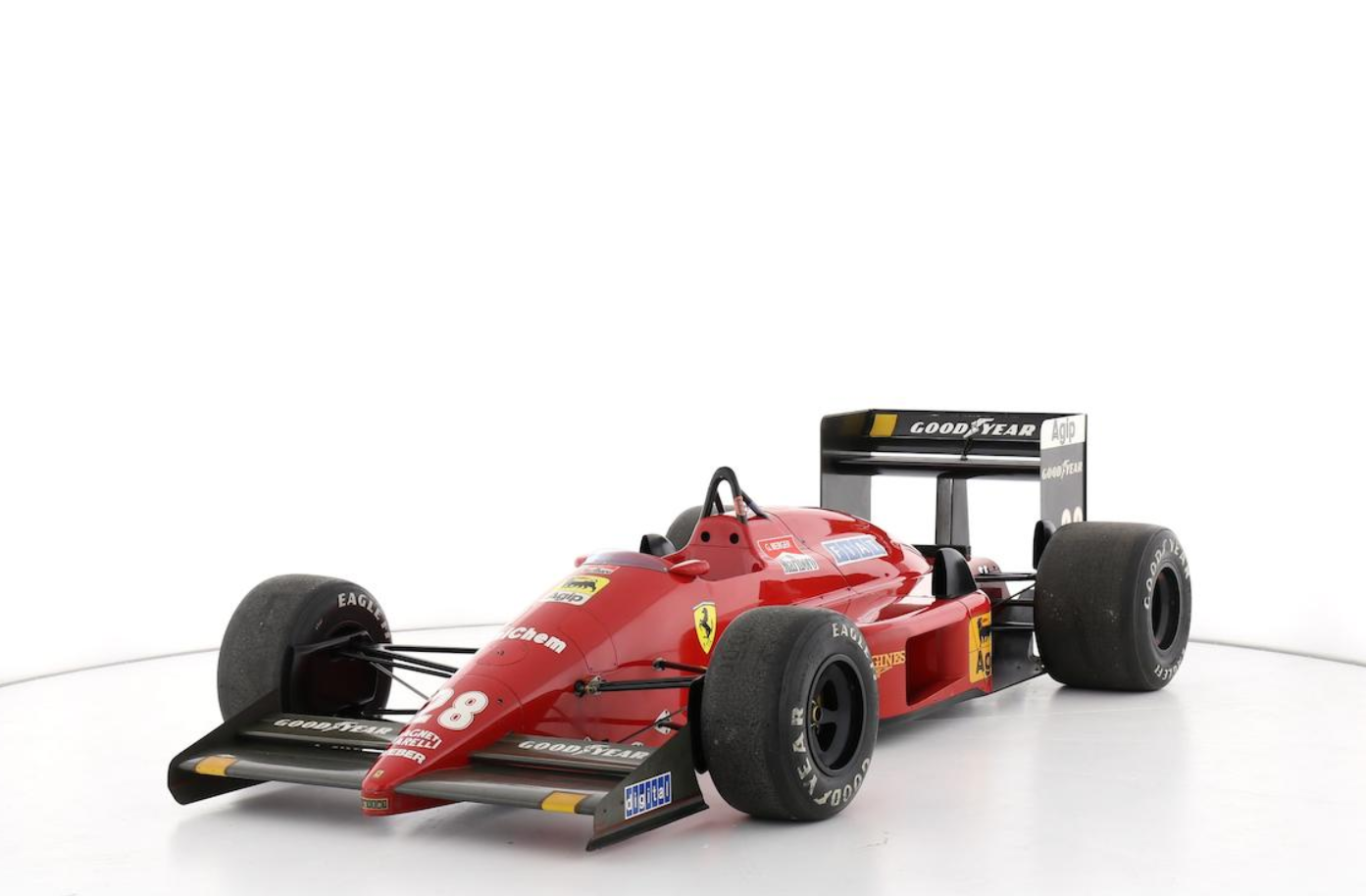 This is a pure 1980s Formula One car. The F1/87 was Ferrari’s entrant for the 1987 F1 season. Their drivers were Gerhard Berger (who won the last two races of the year in a similar car) and Michele Alboreto, who drove this one. This car, interestingly, is chassis #100 – which it means that it was Ferrari’s 100th Grand Prix car built since they started that numbering sequence in 1961.

This car is powered by a 1.5-liter turbocharged V-6 that was capable of 950 horsepower in qualifying trim. That’s a lot of power from such a tiny engine. The car improved as the year went on (hence Berger’s two wins) and this was a mid-season car, used by Alboreto in the following races:

Okay, so maybe not Ferrari’s most successful chassis. And definitely not Alboreto’s most successful F1 season. This car has been on long-term static display and appears to be entirely original (because it looks like it’s been used). It is noted that a complete mechanical recommissioning will be necessary before any future use. Still though, it’s a Ferrari F1 car. In this condition, it’s expected to bring between $790,000-$1,000,000. Click here for more info and here for more from Bonhams.