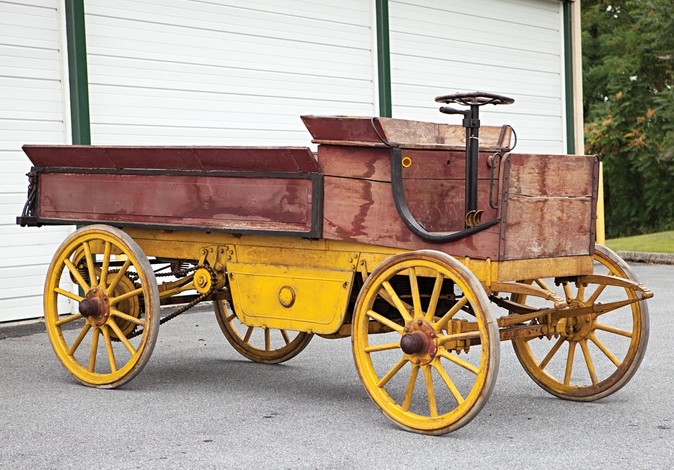 This rare, all-original truck is being offered for sale from the Antique Automobile Club of America (AACA) Museum. It has been on display for at least 10 years and was originally painted red and yellow – most of the yellow is still visible, but the original red paint is almost gone.

This is a preservationist’s dream. Everything is untouched and original (albeit, it doesn’t currently run and will need a slight mechanical freshening). This truck was the factory demonstrator for the Schmidt brothers, whose commercial trucks went on sale in 1911. The company closed just two years later in 1913. The truck was shown at shows and was never road-registered, has no serial number, and has only a small number of miles.

The engine, which is not working, is a two-cycle – and I can’t really see more of it to describe it further. It is estimated that Schmidt built less than 100 total vehicles and this was among the first. It should sell for between $20,000-$25,000. Click here for more info and here for more from RM in Hershey.