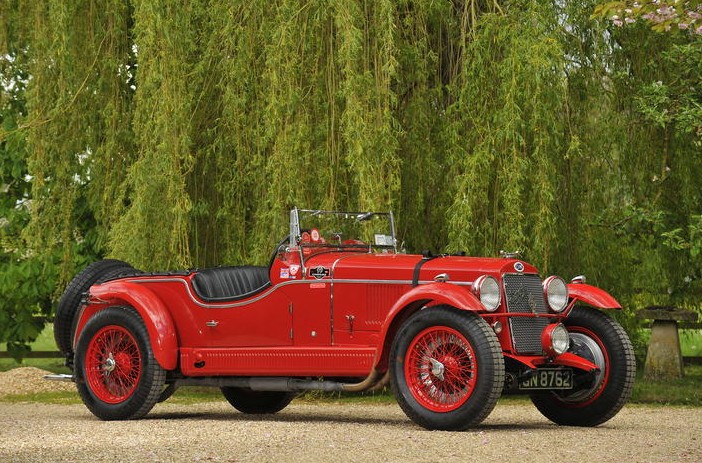 Officine Meccaniche (OM) was founded in 1899 as a merger of two existing companies. Based in Milan, their business was railway stock. But in 1918, they opened up an automotive branch in Brescia after acquiring car manufacturer Brixia-Zust.

OM built four-cylinder cars until 1923 when they introduced their six-cylinder 665 model. It was called “Superba” because it was as fine an example of mechanical excellence as you could get. Over the years, a number of models were built, but things got more serious in 1928 upon the debut of the Type S Mille Miglia. In 1929, a supercharger was added, and the SS MM was born. It’s a 2.3-liter straight-six and power isn’t listed, but I’d bet that this car moves.

The first outing for chassis #1095 (this car) was the 1930 Mille Miglia. Here’s some quick competitive highlights:

Participation in those two races alone guarantees a car legendary status, finishing in the top 10 in both is an even greater accomplishment. After the Targa Florio, this car went to Milan where it had this four-seater body attached, making it eligible to compete in races in the U.K. and Ireland.