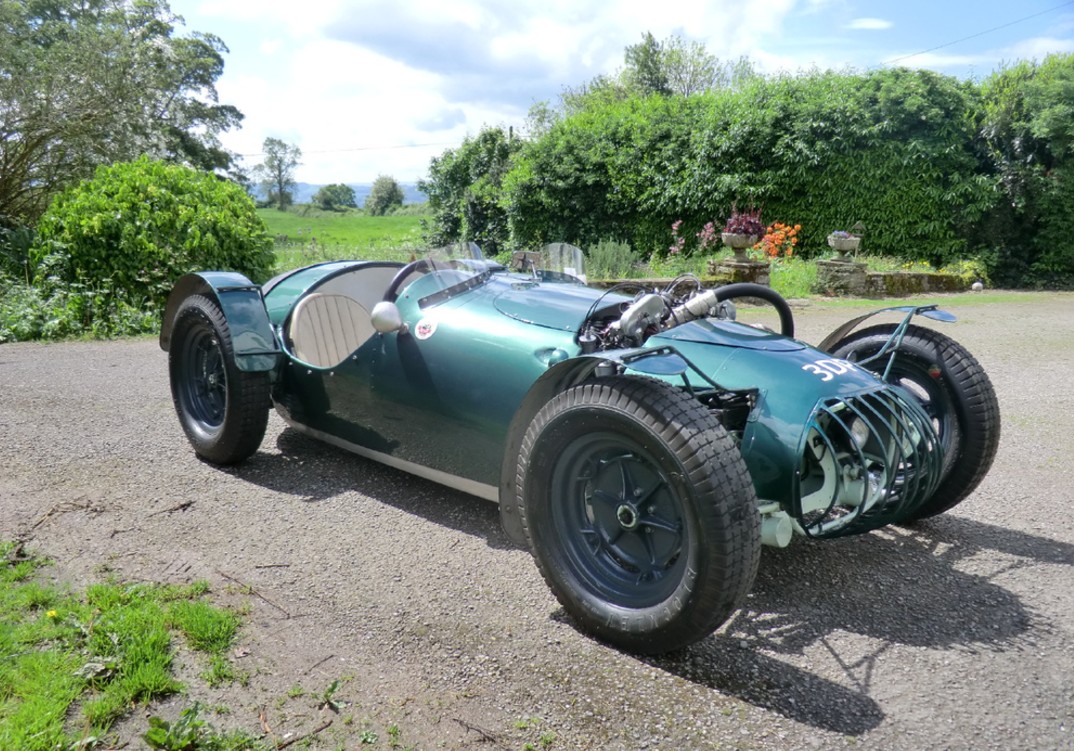 We’ve featured a number of Portugal-born John Tojeiro’s cars over the years. No two are quite alike, and this little race car is different from all of them. This is also the earliest Tojeiro we featured, as it was the second car to ever bear his name.

The other person’s name associated with this car is that of Brian Lister. It was the first chassis he ever built (he wouldn’t found his own company until 1954). The wild design was inspired by a magazine article that Lister read about attaching a JAP engine to a Jowett Jupiter chassis. (JAP = JA Prestwich Industries, a British company that built a ton of small engines from around 1910 through the 1950s).

So Lister and Tojeiro took a 1.1-liter JAP V-Twin and stuck it in this custom chassis. It’s technically mid-engined, I guess, since you can see the engine sticking through the hood behind the front wheels. It was nicknamed “The Asteroid” and was very successful on track in its day.

This car was discovered in a barn, its body having been modified over the years. Silverstone’s catalog has pictures of it when it was new and it does look a little different. It was completely restored and is road registered in the U.K. The pre-sale estimate is between $117,000-$143,000 for this piece of racing history. Click here for more info and here for more from this sale.