Boyer was a French automobile manufacturer based near Paris, and their name is thought to first have appeared on a car in 1899. Sales to the general public were underway by 1901, with one- and two-cylinder cars available.

Boyer was related to Clement/Gladiator, as the head of the company was a director of one of their branches. The Boyer was also sold in the U.K. for a hot minute under the name York. The last Boyers were from 1906.

This car is powered by a 1.3-liter twin good for 10 horsepower. It’s been in the U.S. for many years, having been restored under current ownership. It’s also a multi-time participant in the London-to-Brighton run. It is said that this is the only remaining two-cylinder Boyer, and it should bring between $175,000-$250,000. Click here for more info and here for more from this sale. 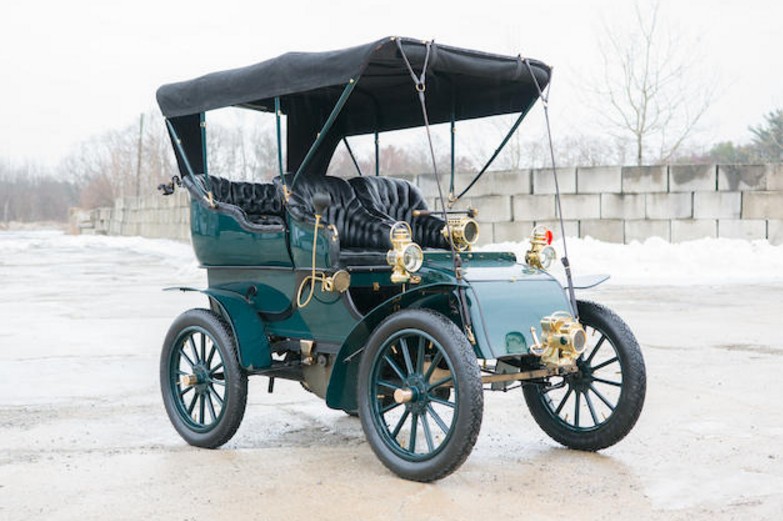 It’s strange, but this is the first Knox automobile we’ve featured on the site. It’s weird because Knox automobiles aren’t that rare and it seems that at least one of them changes hands publicly each year. Harry Knox got into the automobile business because he was encouraged to do so by his neighbor. Usually this isn’t a great reason for starting a business, but in this case, Springfield, Massachusetts-based Knox was neighbors with a guy named J. Frank Duryea, one of the brothers behind one of America’s pioneering car companies.

Knox built passenger cars between 1900 and 1914 (and they continued building trucks and tractors through 1924). 1904 was the first year for the two-cylinder Knox, and this car is powered by a 4.5-liter twin making 16 horsepower.

The ownership history on this car is known since new. In the 1940s the car was rescued, as it had been converted as the power source for farm equipment. It passed around through a few collections and museums in the ensuing decades, with the most recent restoration work having been completed in 2012. It is London-to-Brighton eligible and completed the run in 2016.

Four body styles were offered on the 1904 Two-Cylinder Knox and this one features a soft-top Tudor Surrey. It is estimated to bring between $200,000-$225,000. Click here for more info and here for more from this sale. 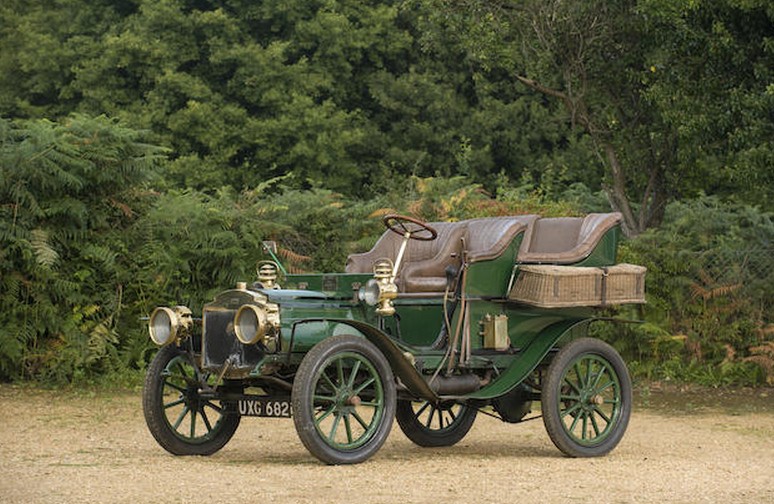