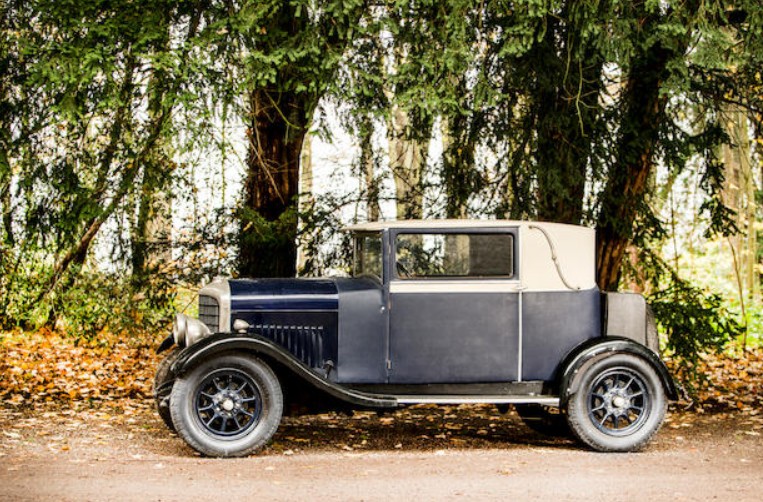 Based in Liège, Imperia automobiles were first introduced in 1906. The company would grow throughout the 1910s and into the 20s, acquiring Metallurgique, Nagant, and Excelsior along the way. In 1934 they merged with Minerva but the merger disbanded in 1939. Imperial built a few cars after the war but the marque was gone by 1949.

The most interesting thing about Imperia (I think) was that their factory in Belgium contained a test track along the roof (which you can still see on Google Earth). The car you see here has a fabric roof and it powered by four-cylinder engine that probably displaces 1.1 liters, which would mean it makes 27 horsepower.

Imperias aren’t all that common today and this one has been owned by the consignor for the past 12 years. It’s a small, light, and affordable Belgian classic. It should bring between $24,000-$36,000. Click here for more info and here for more from this sale.