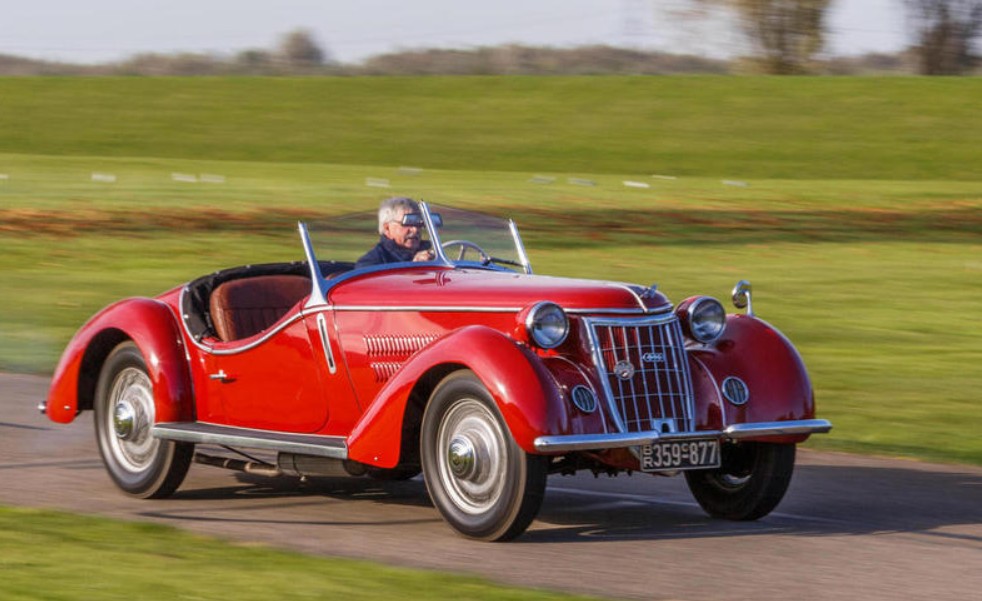 The Wanderer brand name, which is now part of Audi, was first seen in 1911 on road cars for the 1912 model year. The company dates back to 1896 and they built cars until 1941 and military vehicles until the end of the war. But it became part of Auto Union in 1932. As Audi is the only surviving member of Auto Union, this marque sort of lies dormant somewhere in Audi’s basement.

Wanderer wanted a competitor to BMW’s successful 328 so they contracted with Porsche to design a beastly engine. And that’s just what he did. The 2.0-liter straight-six was supercharged in W25 K form and put out 85 horsepower. The top speed was 90 MPH.