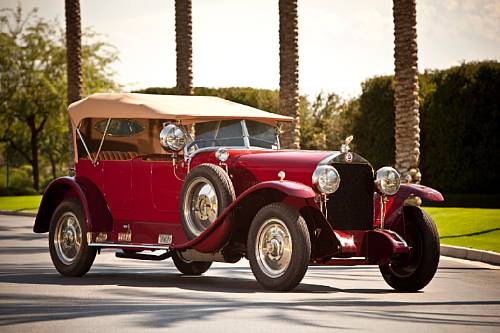 I can’t recall the last time an Isotta Fraschini crossed the block at auction, and here we have three of them the same week in the same town (and as of this writing, Gooding doesn’t have their catalog online and who knows what surprises it will hold). The other two we’ve featured have been the Tipo 8A models and this is an earlier Tipo 8. Instead of the 135 horsepower 7.4-liter straight eight of the Tipo 8A, this car features a 5.9-liter straight eight making 100 horsepower that would take it to 85 mph.

The styling isn’t quite as wild as the other two cars either but it still cost a cool $20,000 when new. Actually, this is the second Cesare Sala-bodied car for sale this week (Cesare Sala was an “official” coachbuilder of Isotta). This was the final year for the Tipo 8 before they switched to the 8A and only 10 of the 500 or so cars built still survive. This car was once owned by the Blackhawk Collection and by collector John O’Quinn.

1 thought on “Three Isottas in One Week!”