The Amica was produced by Baldi Mini Auto between 1971 and 1994. BMA was based in Alfonsine, Italy, and they were acquired by another company in 1994, which is why production ended. During their course of business, they offered three different models, including two versions of the Amica.

This is the original version, which features three wheels and gullwing doors. Power is from a two-stroke 250cc parallel-twin. The doors are actually covered in canvas, and they are white on this car, making them seem invisible in Aste Bolaffi’s super zoomed-out photos on their site.

This particular car has never been registered and is essentially brand new. A few interesting notes: Baldi Mini Auto is not related to Baldi, manufacturer of the Fiat-based Frog microcar, nor are they associated with the British BMA microcar company. This car is expected to sell for between $1,000 and $3,500. Click here for more info and here for more from this sale. 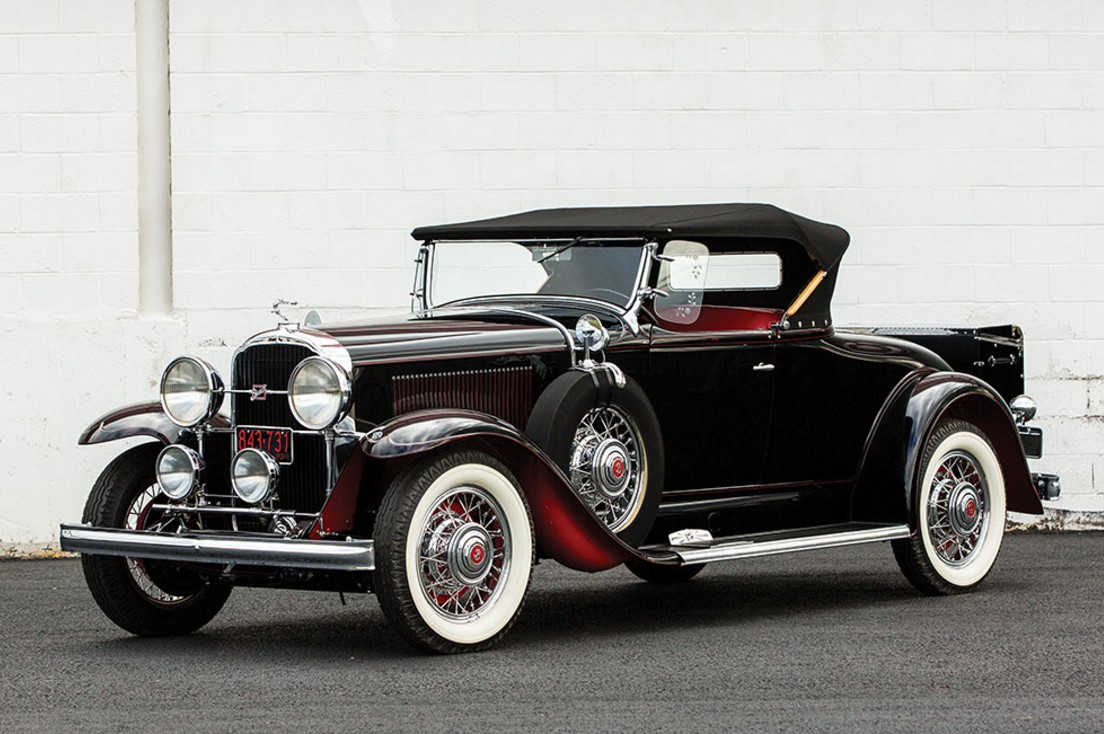 Moving across town, we have Barrett-Jackson’s gigantic sale where the top seller was a practically brand-new 2015 Porsche 918 Spyder for $1,760,000. 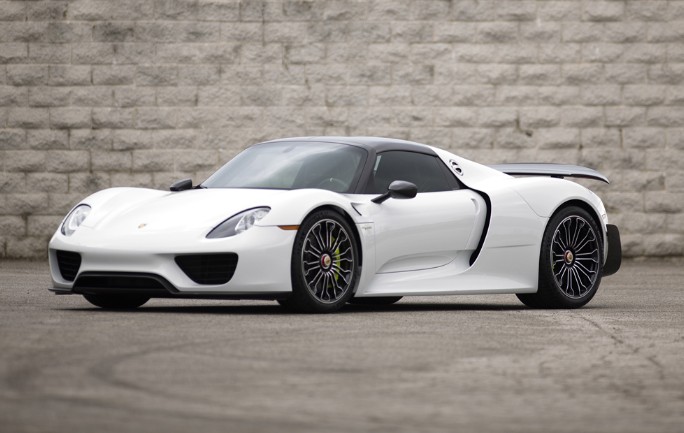 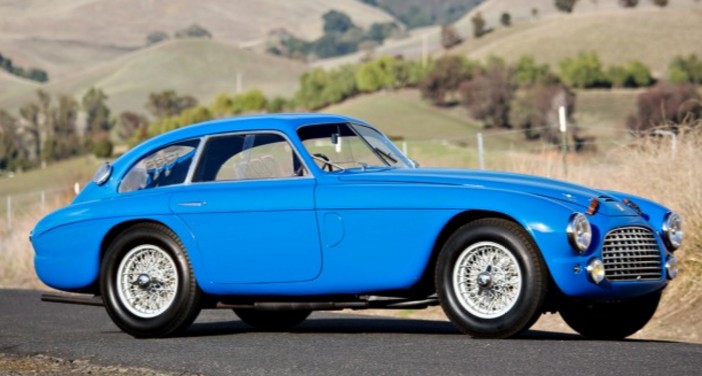 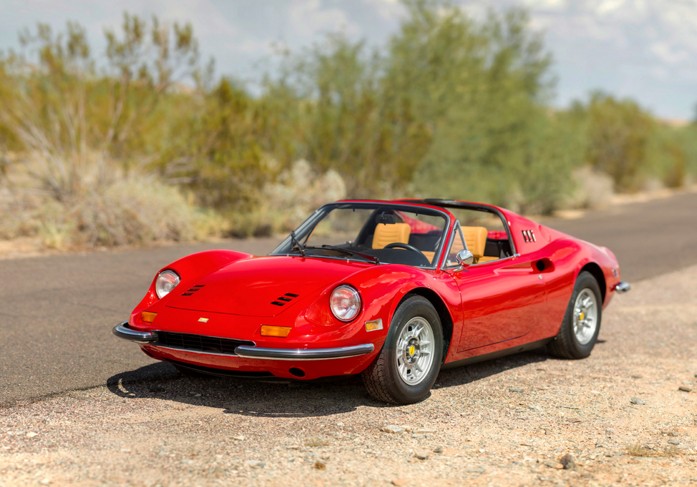 A week after all of the Arizona madness, Rétromobile in Paris rolls around. First up from there is Bonhams where a few of our feature cars failed to sell including the Adler, Veritas, and Newton-Ceirano. The top sale was this 1966 Ferrari 275 GTB for $2,319,642. 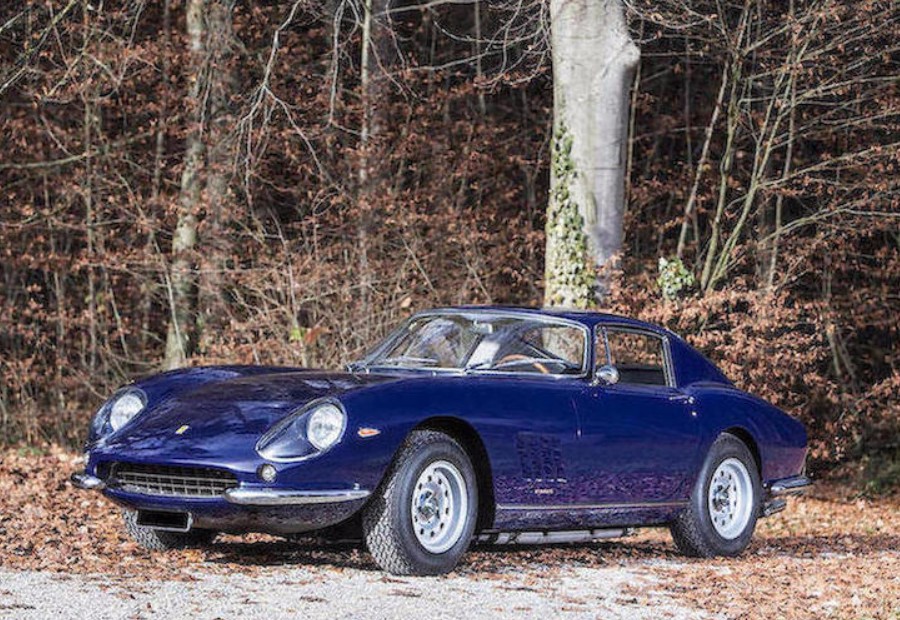 As tomorrow is Christmas, any these little cars would make the perfect stocking stuffer. What a cheesy sales pitch that is. This fiberglass little bubble was produced by Fuji Motors Corporation of Tokyo from 1955 through 1957. It has a rear-mounted single-cylinder of 125cc making 5.5 horsepower. One of my favorite things about this car is that it has a boat-like name (“Cabin”) and that it says “Fuji Cabin” on the fender where a boat’s registration would normally be and it is in, what I will call, “boat script.” Other than that, there is nothing boat like about it because it is tiny. Only 85 were ever made and very few survive. This one should sell for between $75,000-$100,000. Click here for more info.

Mecum’s Bloomington Gold all-Corvette sale was held on June 22-23, 2012. Because every car that sold was a Corvette (and so were those that didn’t), this recap will be pretty brief. You can always check out the complete results at Mecum’s website, here. Top sale was a 1967 Corvette Convertible with the 427/435 engine option. This one was has a white stinger over Goodwood Green paint and it looks immaculate. There were other cars that were bid to higher prices, but they failed to meet their reserves. We recap a lot of auctions where the top selling car is well into the millions of dollars and the least-expensive car sold is just barely less than $100,000. Well, there are auctions out there where affordable cars cross the block. Mecum’s 2012 auction held in St. Paul, Minnesota, had many such cars. There was even fun to be had for less than $10,000 – such as this 1947 Chevrolet Stylemaster that sold for $8,000. Another well-bought car was this restored 1958 Buick Riviera that sold for only $11,000. At that price, you’re pretty much just paying for the chrome. The top sale was slightly more, at $85,000. It was a 1941 Willys Coupe – slightly modified to more of a Pro Street car than a hot rod. Either way, it looks pretty fierce. For complete results, check out Mecum’s wesbite. The Itala marque was founded in 1904 and is fairly well-known among enthusiasts and collectors for its racing prowess prior to 1910. The company existed until bought out by Fiat in the mid-1930s. That’s 30 years of history but it’s so rare to see one come up for public sale. And yet here is one – but not just any Itala. This car, known as “Floretta” is a somewhat famous model with known, detailed history.

Itala racing cars won the Coppa Florio in 1905, the Targa Florio in 1906 and the Peking-to-Paris race in 1907. 1908 was the first year for a fixed “formula” for the Grands Prix of Europe. Itala built three four-cylinder cars for the 1908 season, utilizing drivers Alessandro Cagno, Henri Fournier and Giovanni Piacenza. It was thought until very recently that this car was the one driven by Cagno. New evidence (such as wheelbase and weight comparisons) suggest that this may have been the one driven by Piacenza, as it had a longer wheelbase and thus, more weight, than either of the other team cars. In 1909, the car was in possession of a Mr. R. Wil-de-Gose who lapped the Brooklands circuit at 93mph. The next year he returned and eventually bumped the speed up to 101mph, faster than the Mercedes race cars it competed against in 1908. Shortly after this, the original racing body was replaced with the four-seat touring body you see here. After World War I, the car was parked in a garage in England until discovered in 1927. The car was brought back to life and has changed hands only a few times since. I highly recommend going to Bonhams site here and reading the entire description, which includes snippets of stories by people who have driven this monstrous machine. It’s very interesting.

The engine is a massive 12-liters in capacity. It has four-cylinders with cylinders cast in two blocks. It makes about 100 horsepower and is good for cruising comfortably at speeds over 80 mph. The last Itala I can find that sold at auction went for less than $100,000. The estimate on this one is slightly more at $2,300,000-$3,900,000. It’s an amazing machine and an amazing opportunity. For more info click here and for more on Bonhams in Goodwood, click here. I guess it’s been more than a month, but a while ago we featured an aftermarket Corvette re-body from AAT. Well, this is another aftermarket re-body, but this time it’s from a company called Avelate Automotive.

The styling is tasteful, I think, and not school-boy garish – as the words “aftermarket re-body” generally lead me to think. Some people might ask “why? What’s the purpose of modifying the styling?” That’s a fair question – especially if it’s done by some random individual. The Avelate was penned by two men: one an automotive designer and the other a customiser.

There are Corvette touches on the redesign – among them a split rear window, reminiscent of the 1963 Coupe. This is one of 11 with the split window. A convertible and speedster were also offered. Only 27 were built in total at a cost of about $100,000 each. It has an 5.7-liter V8 (LS1) under the hood and, mechanically, it’s identical to a 2002 Corvette.

Estimated to sell for between $60,000-$75,000, this shows that there is a market for these late model “coachbuilt Corvettes.” With time, I dare to predict, these will become more and more collectible. Think of the limited edition aftermarket muscle cars of the 1960s. They’re now worth a pretty penny. You might think that, because it’s a 10-year-old Corvette, it will never be worth anything. But back in the late 60s a Yenko was just another car you could abuse at the drag strip. You never know what the future holds.

For the complete catalog description, click here. And for more from Auctions America on their home turf in Auburn, Indiana, click here. DAF, the Dutch truck manufacturer, is primarily known among car-types as the company that built small family cars in the 1960s – like the Daffodil. They were also the first company to sell a car with a Continuously Variable Transmission – that soul-sucking device used to improve fuel mileage.

Well, they built trucks first and continue to do so as a subsidiary of PACCAR, the Washington-state-based heavy-duty truck conglomerate. They have also been building military vehicles such as this for the Dutch military for many years.

This is a YA 126 – which isn’t as much as a model name as it is the first few digits of the chassis number. It is a popular truck among militaria collectors – there is a DAF YA 126 club in the Netherlands. In some ways it’s similar to the American “deuce and a half.” This truck is powered by a 4.6-liter straight-six that is described on H&H’s website as “meaty.” It has permanent four-wheel drive and is a canvas-topped troop carrier – with room in the back for six of your friends.

So if you’re in the market for cheap, fun way to, I don’t know… say, roll up to a paintball match in style – then this is your truck. It’s estimated to sell for between $6,400-$8,000. For the complete catalog description click here. For the rest of the H&H lineup at Pavilion Gardens, click here.