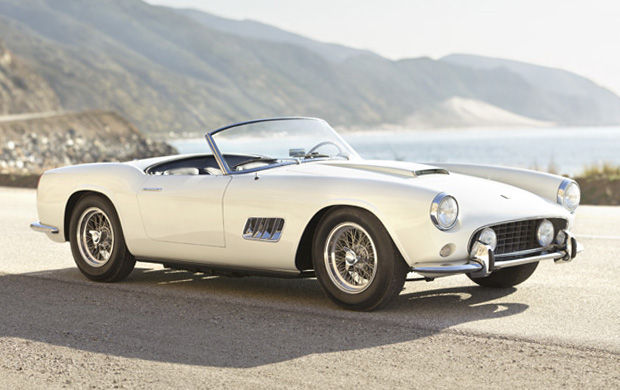 There are a handful of Ferrari models that stand above the rest. The 250 line contained a few of those, among them, this 250 GT California Spider. This is the long-wheelbase model that was produced from 1957 through 1959. Only 45 were built. It features a 3.0 liter V12 making 237 horsepower.

The original drop top 250 was the Pininfarina Cabriolet Series I, designed by Pininfarina (obviously). Closer to 200 of these were built, making the Scaglietti-designed California Spider much rarer.

In 1960, Scaglietti replaced the LWB California with the Short Wheelbase version and made about 55 of them (a replica SWB car was what Ferris Bueller kicked out of the window). The most expensive California to change hands was a SWB for almost $11 million back in 2008.