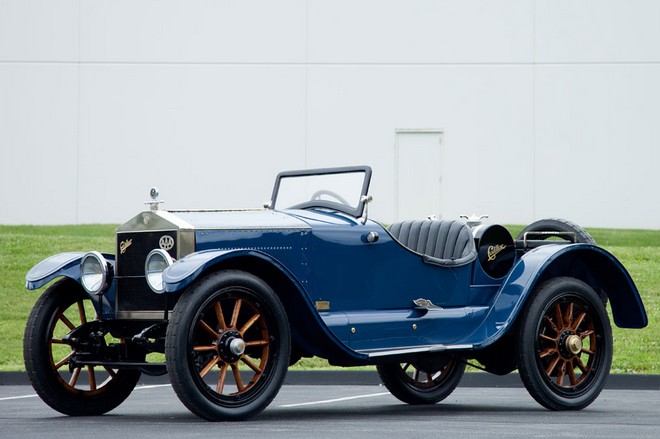 Well this car got lucky. I wouldn’t have featured it, but some auction houses are taking their sweet time publishing their online catalogs (thank you, Mecum, for being on the ball!). Anyway, at the last second, I chose between this and another car. Why’d I pick this over the other? Two reasons: 1. I asked somebody to pick for me. And 2. This car has been in the same family for 98 years! So when was the last time you saw one like this come up for sale?

Let’s talk about that 98 years: first of all, incredible. Secondly, this is not the original body on this car. The Cadillac Model 30 was introduced in 1909. It uses a 6.0-liter straight-four engine making 40-50 horsepower. In 1915, the Model 30 was given a V-8. The original body was a roadster body. But during WWI, the Schutte Body Company displayed a range of new bodies at the New York Auto Show.

So the owner, whose car was a little long-in-the-tooth style-wise, liked what he or she saw. The so-called “Military Sport” body was installed on this car between 1917 and 1919 (so it’s pretty close to original). It was called that because it was popular with military officers during the war. It was basic and “patriotic” due to its use of few materials (and lack of features).

This is the only Cadillac known to have a Military Sport body on it. The restoration is brand new and it’s in excellent, usable condition. Here’s a chance for a one-of-a-kind car. It should sell for between $125,000-$175,000. Click here for more info and here for the rest of RM’s St. John’s sale.