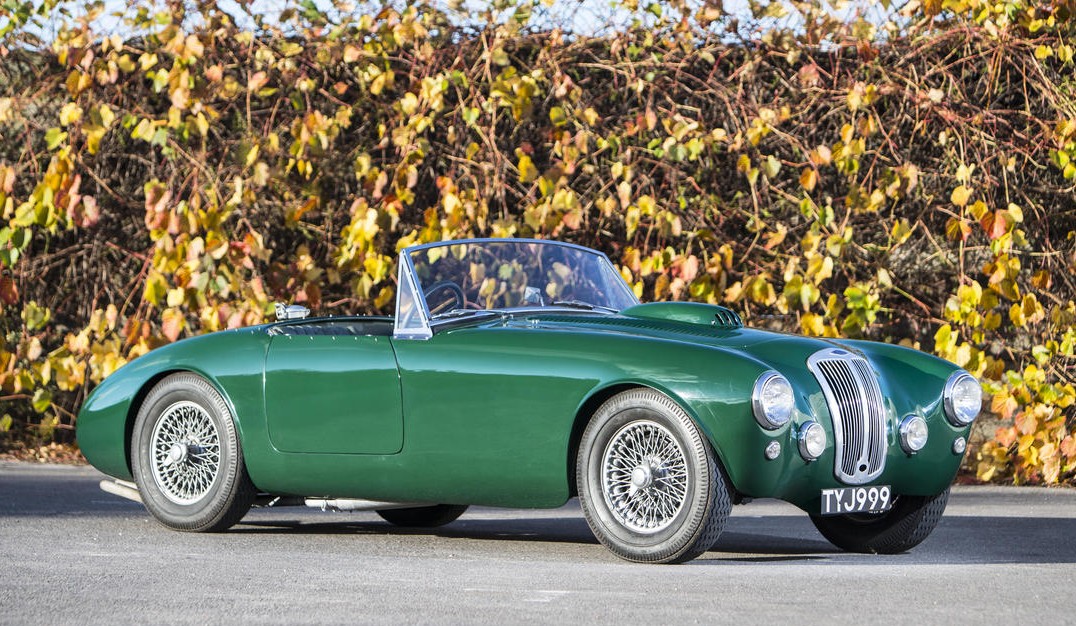 Archibald Frazer-Nash built some cool, exciting cars in his day – but he never built many of them. His pre-war cars were all very similar in design and many of them were called “replicas” because they were made to look like a car he used in competition. They were original cars, but painted in “replica” fashion or some such thing that makes them hard to distinguish (in name) from actual replicas today.

Anyway, after the war, the company went back to sports cars. The Targa Florio was a sports car introduced in 1952 at the London Motor Show – and this was the very car they exhibited. This was the fourth example produced and it was purchased off the show stand by Briggs Cunningham. Cunningham entered it in the 1953 12 Hours of Sebring where it finished about 45th, a DNF, with drivers John Gordon Bennett and Charles Moran.

Moran, head of the SCCA in the mid-1950s, bought the car after Sebring. It has had numerous owners over the years and was repainted and freshened in 2011. The Targa Florio could be hand in two trim levels: base Turismo or hotted-up Grand Sport. This is a Grand Sport, so it uses a more powerful Bristol engine. The motor is a 2.0-liter straight-six making 125 horsepower.

This is one of only 14 Targa Florios built – so it is extremely rare. Strangely, of the seven models Frazer Nash built after the war, this was the second most popular. It is strikingly good-looking and can be yours for between $400,000-$480,000. Click here for more info and here for more from Bonhams.