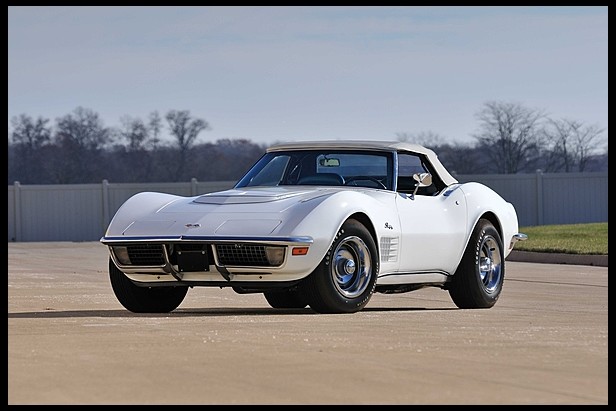 We featured an ultra-rare ZR2 Corvette a few weeks ago and here we have its cousin, the ZR1. The ZR1 name is common today as two more ZR1 models have been produced since (in the early 90s and late 2000s). The original ZR1 is the most valuable as very few were made.

The ZR1 option package was available for 1970, 1971, and 1972 only. It was essentially a small block version of the L88. The engine is a 5.7-liter V-8 rated at 370 horsepower (the most powerful small block Corvette you could buy in those years). It also came with heavy duty brakes, transmission, and suspension. Because the car was sold as “race ready,” you could not get air conditioning, power windows, power steering or a radio (among other things).