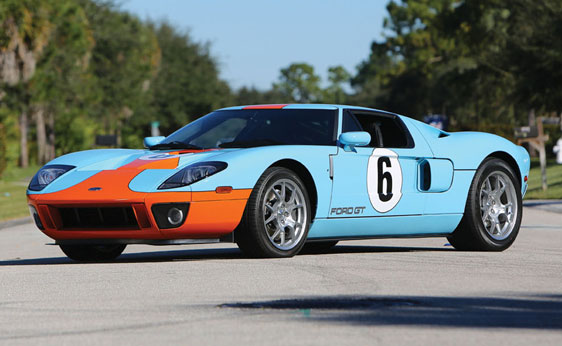 In the 1960s there were a number of race cars that competed in the Gulf livery – that famous blue and orange – the Ford GT40 and GT40-based Gulf Mirage race cars among them. It is the coolest color combination you can get on a race car. Period. Well Ford painted a handful of GTs in this scheme and sold them as “Heritage Editions.” People didn’t want them. But now that the GT has become almost instantly collectible – these are the ones to have.