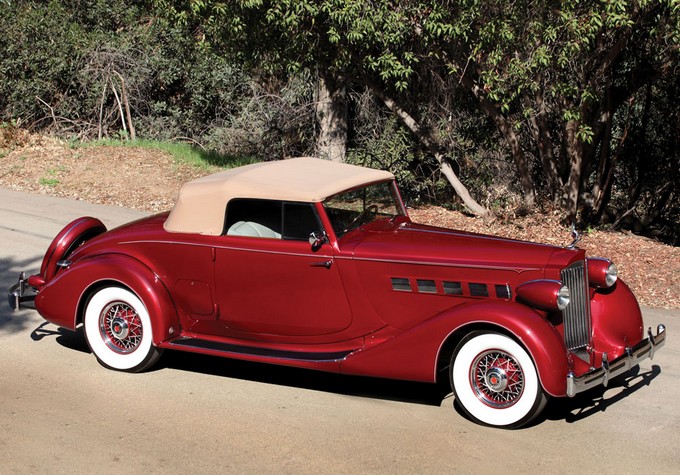 So there’s really nothing super exotic about this Packard. But when I looked through the catalog for this sale, it caught my eye. It’s just pretty, isn’t it? Packards are quite stately as-is, but this one – and maybe it’s that deep ruby red paint – I really like.

The Super Eight appears to have been new for 1933 as a deviation of the then-three-year-old Eight. The engine is a 150 horsepower 6.3-liter straight-eight. These are still usable cars… although the wonderfully styled rear-hinged doors aren’t something you see much of anymore.

The car was actually restored decades ago but has been freshened and detailed more recently. It still looks excellent. This Series 1204 Coupe Roadster should sell for between $150,000-$200,000. Click here for more info and here for more from RM in Michigan.