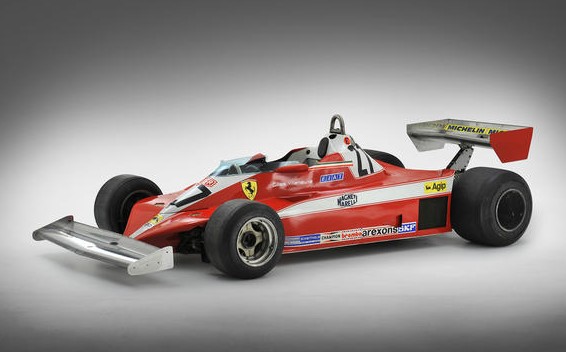 The Ferrari 312 T3 was Ferrari’s second car for the 1978 Formula One Season. The car used for the first two races was a carryover from 1977. The T3 was introduced for the third race. This car was driven primarily by Carlos Reutemann (who won the 1978 British Grand Prix in it). It also driven by Gilles Villeneuve. Villeneuve won the 1978 Race of Champions (a non-points F1 race) in this car. The engine is a 530 horsepower 3.0-liter Flat-12. Ferrari built five of these cars and this one is offered in more-or-less as-raced conditions and has spent many years in the Maranello Rosso Collection. It should sell for between $1,500,000-$2,000,000. Click here for more info.