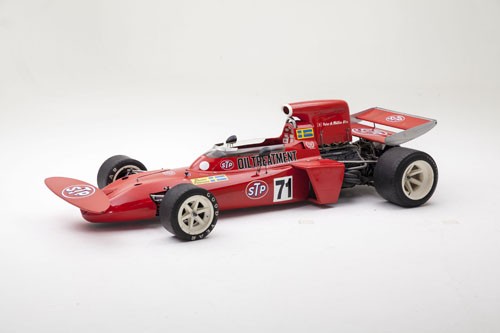 By 1971, March was a force in motor racing, having only been around since 1969. They built cars for their own team, but they also sold customer cars for a handful of different series’ around the world. March continued building cars into the 1990s.

This car, the March 711, was the team’s machine for 1971. It never won any races, but it was competitive and had multiple podiums. The aerodynamics were designed by Frank Costin and the competition history for this chassis includes:

This is a very cool looking car and it’s powered by a Ford-Cosworth 3.0-liter V-8. It’s an ex-Lauda and ex-Peterson car from one of the golden eras of Formula One. Click here for more info and here for the rest of this sale’s lineup.