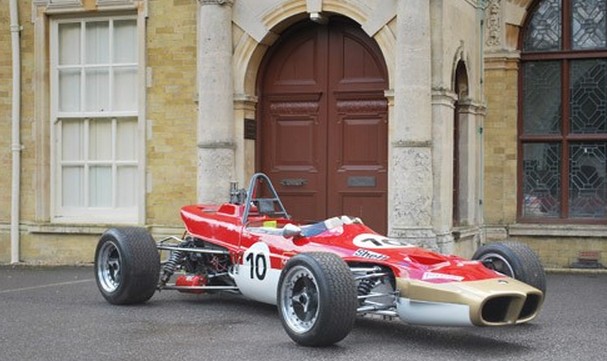 The Lotus 59 was a successful Formula 2 racing car built by Lotus for the 1969 and 1970 seasons (although it was replaced mid-1970). The 59 chassis was actually used in Formula 3 as well as Formula B and Formula Ford in addition to F2. The only thing that changed on the car between the series was the engine.

This is an ex-Team Lotus car that competed in the European Formula 3 championship. It was a pay-to-drive ride for up-and-coming drivers looking to make an impression and attract a chance in a Formula One car. This car was raced by Bev Bond and was the winning car at the 1970 Oulton Park British Empire Trophy race.

Later, this car would be used in the Ron Howard movie Rush, where it stared as James Hunt’s F3 car. As an F3 car, this car would be powered by a 1.0-liter Cosworth straight-four making about 100-110 horsepower. You can read more here and see more from Coys here.