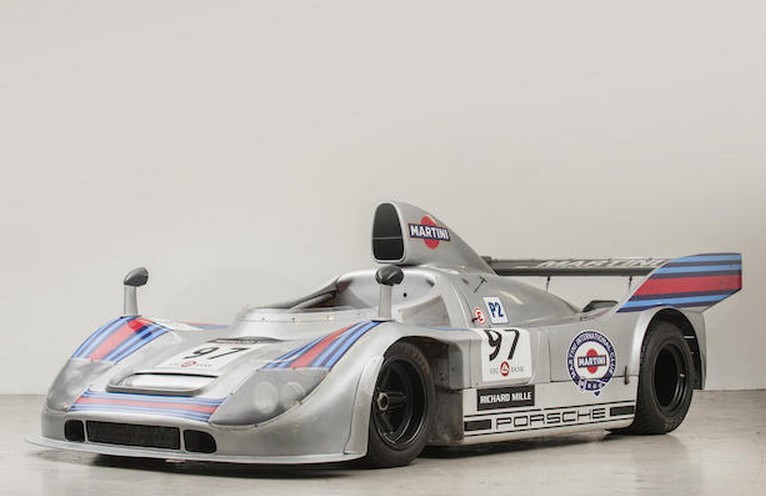 We’ve featured a 1970 Porsche 908/03 Spyder before. While this car sports the same Martini racing livery, it looks markedly different from that car. The difference is this: the 908/03 was built between 1970 and 1971. The first cars were short-tail wedges without wings or any real aerodynamic bits. 1971 cars had vertical winglets out back. The original cars were powered by a 3.0-liter flat-8.

In 1972, the racing rules changes and Porsche brought most of the 908/03s back to the factory and retrofitted with upgraded body work and a smaller, 2.1-liter flat-6 that was twin-turbocharged to make 660 horsepower. This was one of those cars. You can see the aerodynamics are much more pronounced here with the big rear wing and giant air inlet above the driver. The competition history for this car includes:

It was eventually sold into private hands and spent much of its life on the historic circuit. Thirteen 908/03s were built – this is the only turbocharged 908 that still exists. It is race-ready and should sell for between $3,400,000-$3,900,000. Click here for more info and here for more from this sale.