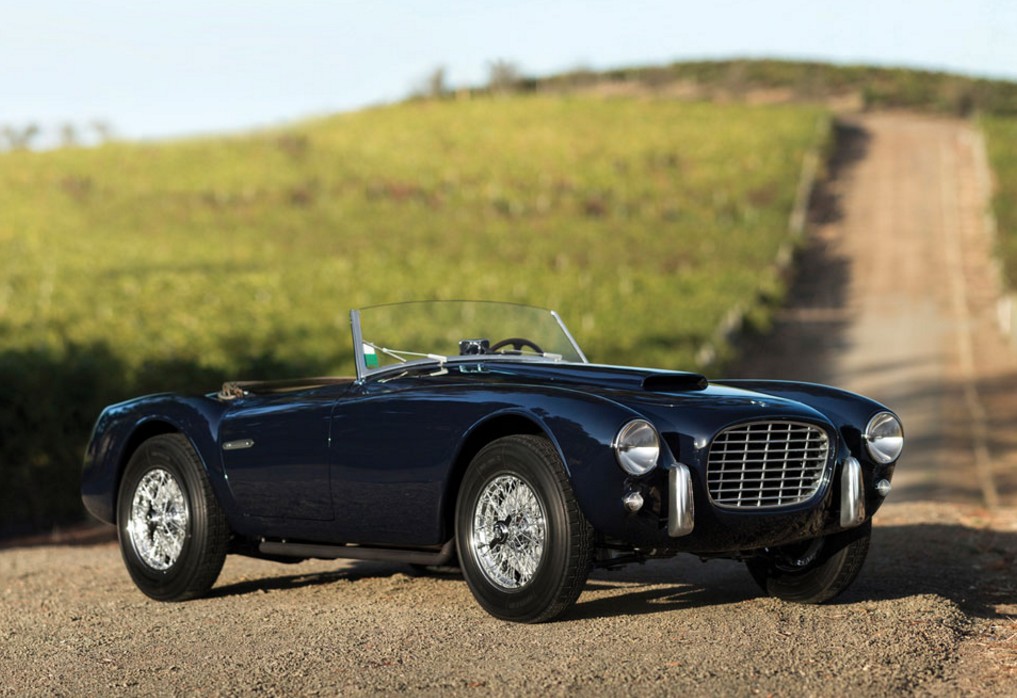 Siata began life in Turn in 1926 when Giorgio Ambrosini began selling aftermarket performance bits for Fiats (so yes, there was a tuner scene in the 1920s). The company’s first original model was introduced in 1948 and they continued to build cars up through 1970. This is their finest work.

Sure, it may look a little AC Ace-ish but they were contemporaries from different parts of Europe. The 208S was produced in 1953 and 1954 only. It is powered by a 125 horsepower 2.0-liter alloy V-8 engine from Fiat (the famous “8V’ engine).

Only 56 examples of the 208S were built and this is the final of 33 Motto Spiders. This car has known ownership since 1956 and has been the recipient of two restorations, the most recent of which occurred in 2011. Since then it has appeared at some major Concours shows around the world (Pebble Beach, Kuwait, Villa d’Este), taking awards home in the process. It could be the nicest example anywhere. And it can be yours for between $1,500,000-$1,900,000. Click here for more info and here for the rest of RM’s New York lineup.