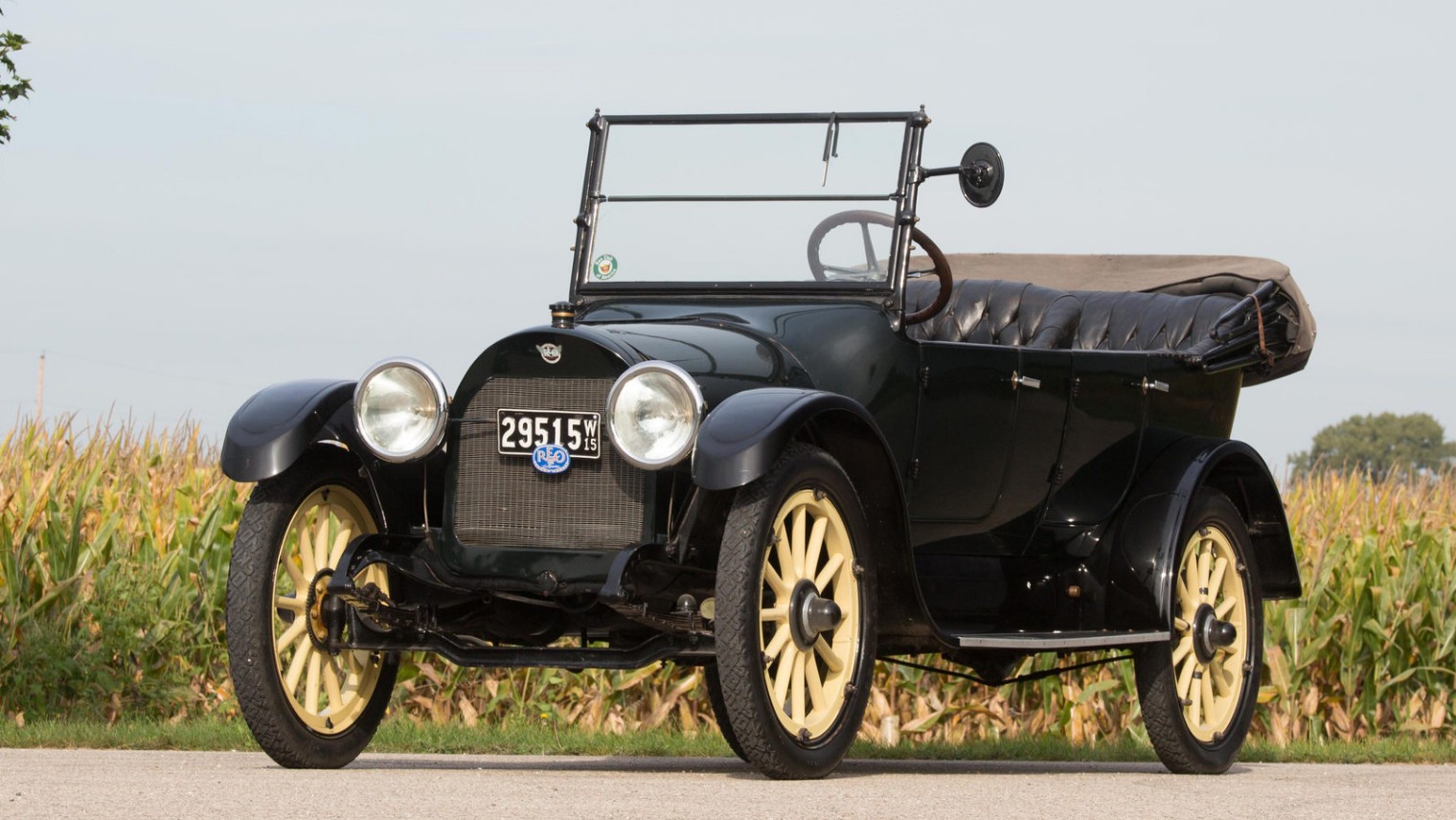 As of 1975 (when the Reo brand finally bit the dust as a truck manufacturer), Ransom Eli Olds was one of three American men to have both of the automobile companies they founded still producing vehicles (the others being Henry Leland and Walter Chrysler). He founded Reo immediately after leaving Oldsmobile and the company set out to build the best cars they could at specific price points.

In 1912, Reo launched a model called “The Fifth” – it was an evolution of his previous cars and he called it the best car he knew how to build. It was his “farewell” car – the last one he would design before handing over the reigns to his company. It is powered by a 3.7-liter straight-four making about 30 horsepower. The car was interesting in that it introduced a center gearshift instead of those old externally mounted brass sticks everyone else was using.

This car, during a partial restoration at some point, had an electric starter added (though the original crank is included). The interior, which shows nicely, is original. While it might look like a run-of-the-mill WWI-era touring car, it really is a landmark automobile from one of America’s automotive greats. Click here for more info and here for more from Mecum in Chicago.