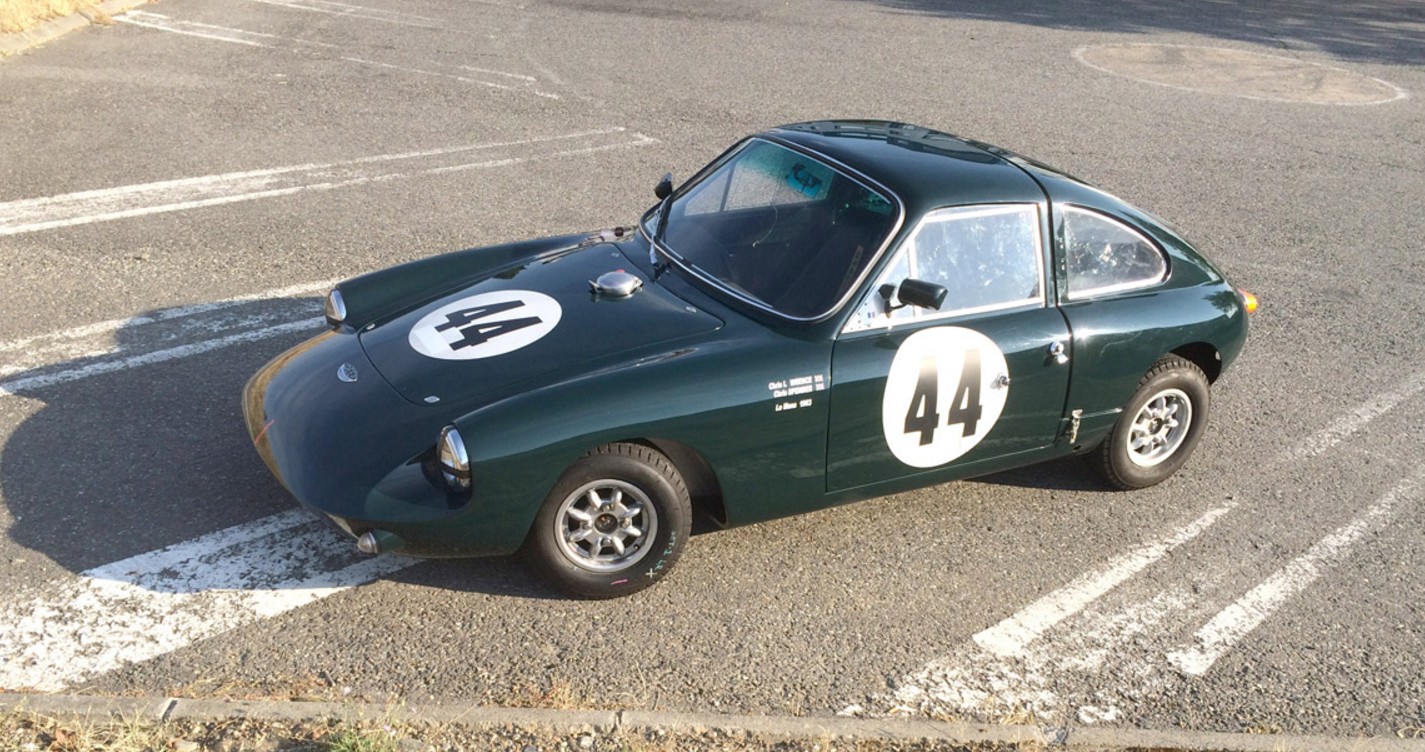 The strangely-named Deep Sanderson was a car designed and built by Chris Lawrence. A former racing driver for Morgan, he began by building Formula Junior cars before turning to sports cars. The 301 was the first such car the company offered and could be had fully assembled or a kit, as they were based around BMC mechanicals, namely from the Mini.

These rear-engined cars are powered by a 1.0-liter straight-four tuned to make enough power to push this tiny thing to over 150 mph down the Mulsanne at Le Mans. And Le Mans is an important part of the history of this particular car… it actually ran there in 1963 with Chris Lawrence and Chris Spender behind the wheel. The attempt DNF’d, coming in 26th.

The current owner bought this car in 2002 and restored it – with input from the original designer himself. Only 29 of these were built in total (both kits and turn-key cars). This one, a factory Le Mans entrant, will sell for between $78,500-$90,000. Click here for more info and here for more from Coys in Paris.