Goggomobil was a German marque produced by Hans Glas GmbH between 1955 and 1969. They were microcars offered in a few different body styles. The Sedan was the “T” and the T-250 was the first model offered, going on sale for 1955. The engine is a rear-mounted 247cc straight-two, two-stroke engine that makes about 13 horsepower.

It’s a four-seater with rear-wheel drive. Two other, more powerful, sedans were later offered and the sedan stayed in production through 1969. Goggomobil sedans aren’t seen often, but they aren’t particularly rare with over 210,000 examples produced in 14 years of production. This one is flawless. Click here for more info. 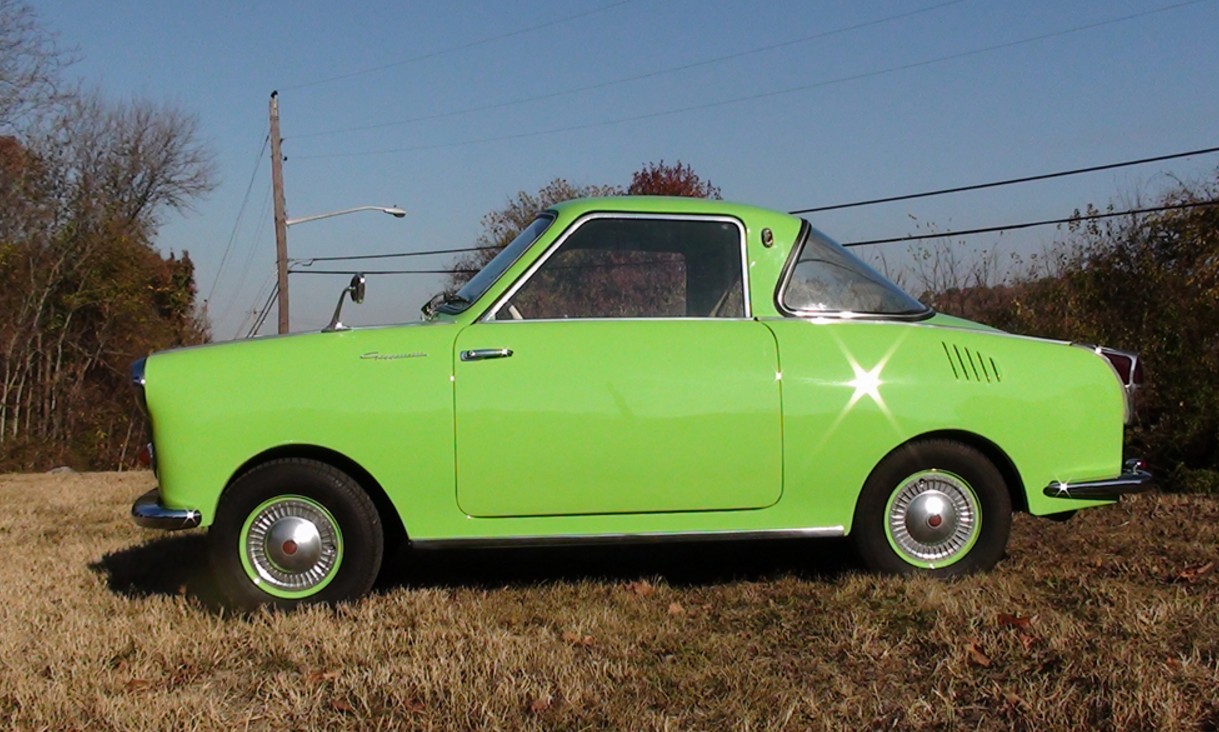 The TS was Goggomobil’s Coupe. Three different models were offered over the lifespan of the model, with the TS300 being in the middle, power-wise. The car was introduced in 1957 and was more expensive than the sedan counterpart. This car was sold in France as the Glas Isard.

More expensive than the sedan, the coupes are much rarer, with only 66,511 having been built. The TS300 is powered by a 293cc straight-twin making almost 15 horsepower. Top speed was between 53 and 59 mph (depending on wind and road grade, perhaps?) and this one is street legal in the U.S. It’s in good shape and you can see more about it here and more from Barrett-Jackson here.