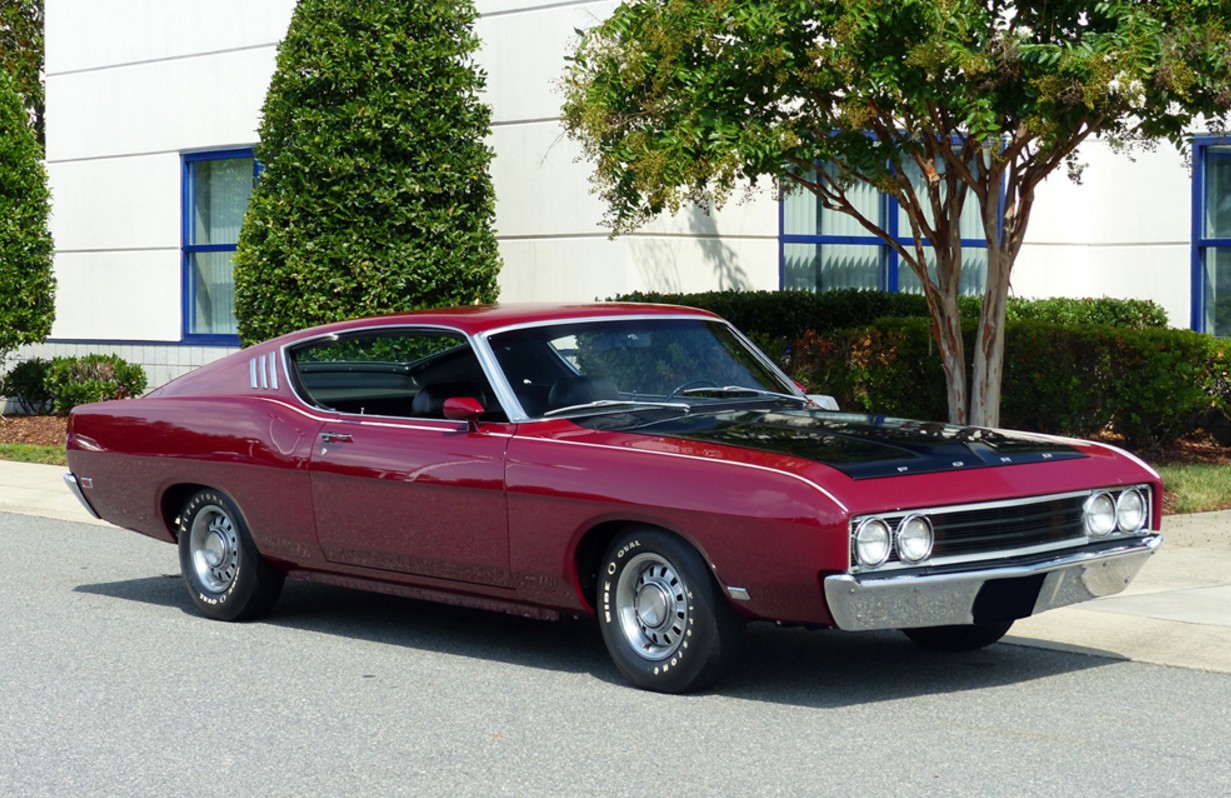 The 1969 Ford Torino was actually the last Torino produced as a sub series of the Ford Fairlane. It would become a model in its own right for 1970. So, I guess, this is technically a 1969 Ford Fairlane Torino Talladega. The Torino was the top trim for the Fairlane, above the 500. The Talladega was a limited edition fastback produced by Ford for 1969 only.

The point of the car, of which Ford only built in the first few weeks of 1969, was to homologate their new NASCAR racer. The sloping fastback was named for the high speed racetrack of the same name (that also opened in 1969). It is powered by a 335 horsepower 7.0-liter 428 Cobra Jet V-8.

This is a classic, super rare muscle car. It’s a factory racing special and while most would mistake it for just another 1960s sports coupe, it’s that big fastback that gives it away as something much more unique. Ford only built 750 of these and this was the second-to-last completed. Mercury had a version, too. Click here for more info and here for more from Barrett-Jackson in Palm Beach.