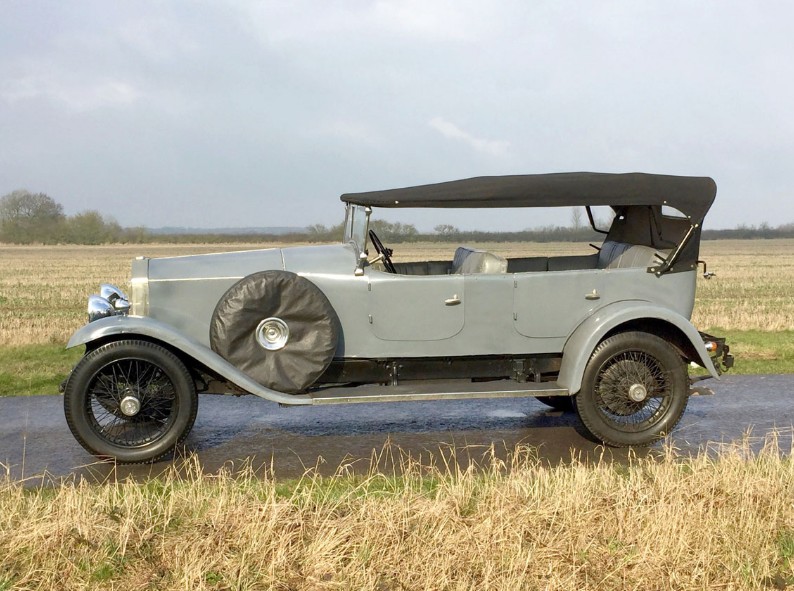 The Rolls-Royce Twenty was introduced in 1922 and it was Rolls-Royce’s “small car” – if you can consider something that is as large as this as “small.” In its early years, Rolls-Royce built gigantic cars, so really, anything less than gargantuan could be considered small. It was their first new model since 1907.

The Twenty is powered by a 3.1-liter straight-six making, presumably, 20 horsepower. With the correct (read: lightweight) body work, the car could attain 60 mph. The simple yet sporty body on this car was constructed by Smith & Waddington of Sydney, Australia.

That’s right, this British-built Rolls was sent as a bare chassis to Australia where its first owner chose to have it bodied locally. Smith & Waddington were the premier Australian coachbuilder for Rolls-Royces. At one point, they were building bodies for 85% of the Rolls-Royces coming into Australia. This car came back to the U.K. in 2013 and has covered 13,000 miles since the engine was rebuilt in 1990.